We're just going to have to throw the penalty flag on EPA Administrator Andrew Wheeler.

The only real question is whether it's for delay of game or intentional grounding.

As DTN's Todd Neeley wrote Thursday, EPA now has 98 small-refinery exemption requests before it. Of those, 67 SRE requests go back from 2011 to 2018.

Looking at the replay, etc., it's obvious Wheeler is just watching the clock tick down. He isn't calling a time out on SREs and he isn't following the Tenth Circuit Court of Appeals decision.

Meanwhile, as Neeley also reported, Iowa Sen. Joni Ernst, a freshman Republican, called on President Donald Trump to fix the situation earlier this week. Trump said he would speak to EPA about it. https://www.dtnpf.com/…

Do Wheeler and brain trust at EPA really think they can just continue running the clock to get through the next 73 days without making some decisions? Is this some hold for an electoral dramatic effect? Nothing would be surprising here.

It was Aug. 9 last year when EPA announced the 31 SREs, and that decision had serious negative impacts on the ethanol industry. It lead to an agreement or understanding that ethanol would get 15 billion gallons assured in the annual Renewable Fuels Standard obligations going forward.

That's a second flag on Wheeler. Ruling on the field here. EPA should have had the 2021 proposed volume obligations out by now. That's because the law is supposed to require EPA to finalize RFS volumes by Nov. 30.

So right now that's back-to-back penalties facing Wheeler, if we got to throw flags. Intentional grounding should mean a loss of down, though.

Agricultural and biofuel groups are doing what they can here to point out these penalties. On Friday, the National Farmers Union weighed in. A reader would infer from NFU President Rob Larew's comments that an EPA administrator who had worked for the fossil fuels industry is playing favorites here.

“Over the past four years, EPA's mishandling of the RFS and preferential treatment of the oil industry has inflicted tremendous harm on the American biofuels industry and family farmers. We had hoped the blatant abuse of small refinery exemptions by oil corporations would end with the Tenth Circuit's ruling in January, but it is clear that they will stop at nothing to avoid complying with the RFS. These so called 'gap year' requests are just a thinly veiled ploy to sidestep the Court's decision and make an extra buck."

Larew added, "Under any circumstances, this behavior would be objectionable. But as farmers and rural communities suffer significant financial hardship due to the pandemic, it is absolutely unconscionable. Now more than ever, we need President Trump to keep his promise to uphold the RFS and support homegrown biofuels. He and his EPA must immediately reject these requests."

We might have to take a look at the replay again. Wheeler's penalty could be upgraded to targeting. For crop farmers and the biofuels industry, the call is at least a personal foul at this point. 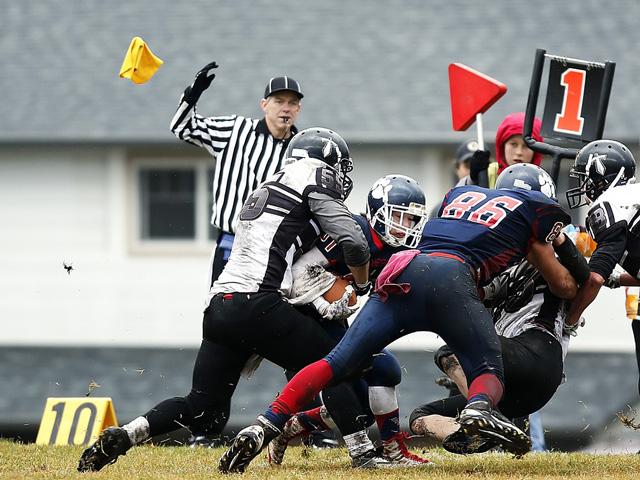