The House of Representatives will likely take up a broad infrastructure package between now and Independence Day that would spend $760 billion over five years but include several Democratic initiatives focusing on reducing greenhouse-gas emissions as well.

House Democratic leaders released the "Moving Forward America" bill, which puts together several pieces of infrastructure legislation into one, including a transportation bill called the INVEST in America Act. House Speaker Nancy Pelosi, D-Calif., said on Thursday she wants the bill to pass the House before Congress breaks for the July 4 recess.

The bill generated push back from Republicans who cited industry criticism and released their own proposal for highway infrastructure. Rep. Sam Graves, R-Mo., ranking member of the House Transportation and Infrastructure Committee, called the Democratic plan the "my way or the highway" bill.

Congress has been mired in debates about how to advance and pay for massive infrastructure bills going back at least into the early days of the Obama administration. Both parties have been capable of offering big proposals and possibly getting a bill out of one chamber of Congress on a partisan vote, but Congress has been unable to close a deal on a major infrastructure package.

The Democratic plan released Thursday would spend $434 billion over five years on highways and bridges, citing investment in regional and national projects. That would including funding for repair and replacement of bridges, "including in rural area," the House news release mentioned. The unknown here is how the House would pay for those programs, though the bill would create a pilot project for transportation user fees, "including a vehicle-miles traveled fee."

The program also mentions "investment in alternative fuel infrastructure" that would provide funds for states and local government to build out charging stations for "zero-pollution hydrogen and electric vehicles along designated highway corridors." The news release does not make any mention of biofuels in that carbon-reduction strategy.

The bill would have another $160 billion for various mass transit including buses and light rail for passengers. Adding to "carbon pollution reduction," the bill also provides incentives for moving freight in cleaner transportation modes as well.

Airport infrastructure would also receive $30 billion under the bill as well, which would include upgrading air-traffic control and helping support "the growing fleet of unmanned aircraft." Also in the airport space, the legislation would provide more incentives for "sustainable aviation fuels" that reduce costs and pollution.

The bill also would boost Corps projects on inland waterways and harbors by "fully utilizing the Harbor Maintenance Trust Fund" to expand dredging projects and work off the backlog of waterway projects that now top $100 billion. This would include $7 billion for Water Resources Development projects and a $3 billion "down payment" to boost locks and dams.

Under clean water programs, the bill includes $47.1 billion to upgrade community water needs, including setting aside funds for rural and small communities. Grants would be created for communities to invest in clean water and EPA would be directed to help provide priorities for dealing with water challenges. Another $25 billion would be used specifically to help improve drinking water pollution problems.

To deal with non-point source problems, the bill would spend $1 billion over five years to address non-point source pollution, such as runoff from farms. The bill also has $3.4 billion for targeted regional watershed restoration projects such as the Great Lakes and Chesapeake Bay.

The bill also sets aside $70 billion for an array of clean energy and efficiency programs, including investments in the electric grid.

For broadband, the House would invest $98 billion over five years for broadband access. "This investment would fund connections to the internet in unserved and underserved rural, suburban and urban areas across the country." 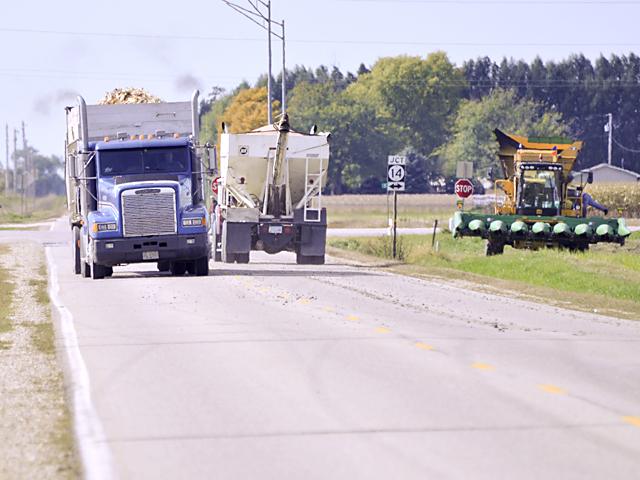