Sen. John Hoeven, R-N.D., spoke to members of the North American Agricultural Journalists on Monday through a Zoom call. Hoeven said he sees synergy building around a push to boost USDA's Commodity Credit Corp., funding program to $50 billion, at least to get through the coronavirus.

"I certainly would like to see that go to $50 (billion)," Hoeven said. "I think that is one of the good ways to move forward here."

A bi-partisan bill was introduced last week in the House with nine Democrats and 21 Republicans that would boost USDA's funding to $50 billion in supplemental emergency funds to deal with the pandemic. Most of the lawmakers signed on to the bill are members of the House Agriculture Committee.

When the Senate returns to session next week in Washington, Hoeven said he intends to send a lot of time talking with other senators "the other aggies" and continue talks about increasing funds to USDA. The original Senate bill that became the CARES Act had $50 billion for USDA, but it was cut during negotiations with the House and White House.

"When we go back, yes we are going to have to do more," Hoeven said.

USDA has been working on a $19 billion aid package that now has been sent to the White House Office of Management and Budget for approval. That aid package includes $16 billion for producers of various commodities, along with $3 billion for food-aid purchases. USDA also has issued a request for proposals to food companies to develop food-aid packages, Hoeven said.

Senators also are increasingly concerned about the food chain, Hoeven said. Various senators over the past ten days have been talking to food processors in their states, as well as USDA leaders. Hoeven said packing plants and government need to ensure workers need to be tested and plants need personal protective equipment (PPE) gear at the plant as well.

"We're trying to make sure these plants can stay open," Hoeven said.

Also regarding the livestock industry, Hoeven noted USDA has an ongoing investigation into concentration issues. The senator was also on a letter earlier this month with other senators asking the Department of Justice to look into the same issues.

"We all know there is incredible concentration in the processing industry," Hoeven said. "You have got a few companies controlling 80% of the whole market."

More competitive pricing and transparency is needed in livestock pricing, the senator said, but one of the challenges is getting trade associations united on what to do. Hoeven specifically pointed to division among cattle producers and their organizations. It's difficult to get the groups on the same page, he said.

"We need to not only understand what's going on, but we need to make some changes," Hoeven said.

Livestock groups and producers have been critical of the USDA payment limit in the aid package, which is capped at $125,000 per commodity, or $250,000 per person. Hoeven said changes could be made on the limit, but there would still have to be some cap because of the tight amount of dollars involved. Some of the payment limit being imposed now also likely will allow for more aid once another package is established later in the spring or summer, he said.

"We contemplate the need that we are going to have to do more," Hoeven said. "So that correlates with that issue of what you in terms of payment limits."

The group note agriculture basically accounted for roughly 1.3% of the first batch of SBA loans earlier this month. SBA began taking applications for $310 billion in funds on Monday that also will likely go quickly.

Among improvements called for by the agricultural lobbying groups include expediting approval of SBA applications for rural lenders. The groups highlight a lot of primary agricultural lenders have not typically administered SBA programs in the past. That has caused Farm Credit and community bankers to apply for SBA approval before submitting loans from customers. The SBA program includes $60 billion for this round of loans that are specifically for small banks and credit unions, though Farm Credit is not eligible for that pot of funds.

“The CARES Act is a lifeline for farmers and ranchers struggling to stay afloat during this pandemic,” said Zippy Duvall, president of the American Farm Bureau Federation. “COVID-19 has created an unprecedented impact on almost all markets, and farmers are struggling to pay employees while paying their own bills. As lawmakers consider replenishing the disaster loan program, it’s crucial that they ensure agriculture is given equal access to assistance.”

The farm groups also asked for guidance to SBA to help allow agricultural applicants. SBA is now accepting Schedule F tax forms instead of Schedule C on the Paycheck Protection Program application, but a significant volume of farmers and ranchers were left with zero net profits in 2019, which makes them ineligible for PPP loans.

Complications also remain with SBA loans when it comes to using H-2A and H-2B guest workers. The agricultural groups would like changes that clearly spell out how wages for H-2A workers can be considered for PPP loans. Further PPP should better factor in rent and utility costs for the loans as well.

"Federal relief is only as good as the access that people in need have to it," said Marty Smith, president of the National Cattlemen's Beef Association.

The farm groups also want to change the cap on employees for SBA loans. SBA loans are restricted to companies with 500 or fewer employees, but larger farms and food processors employ more than 500 individuals, which makes them ineligible for SBA assistance. Still, farm groups say those larger entities are struggling right now to find capital as well. 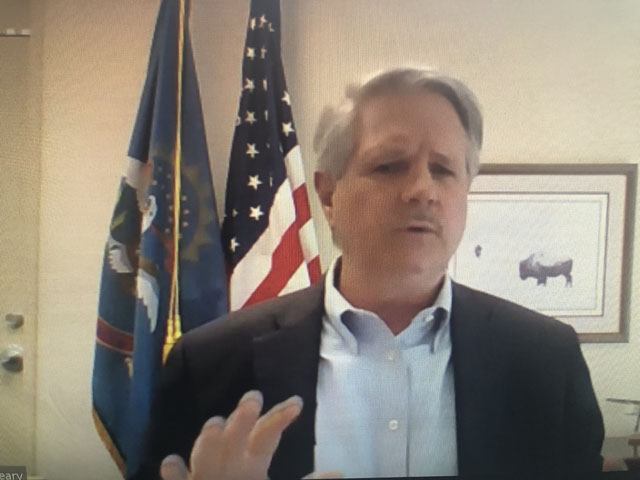