The MPCI coverage is for hemp grown for fiber, grain or CBD oil for the 2020 crop year. It is in addition to the Whole-Farm Revenue Protection coverage available to hemp growers announced earlier this year.

“We are excited to offer coverage to certain hemp producers in this pilot program,” said RMA Administrator Martin Barbre. “Since this is a pilot program, we look forward to feedback from producers on the program in the coming crop year.”

The 2018 farm bill amended the Controlled Substances Act to address how industrial hemp is to be defined and regulated at the federal level, and those modifications cleared the way for the Federal Crop Insurance Corporation to offer policies for it. The farm bill defines hemp as containing 0.3% or less tetrahydrocannabinol (THC) on a dry-weight basis.

To be eligible for the MPCI pilot program, among other requirements, a hemp producer must comply with applicable state, tribal or federal regulations for hemp production, have at least one year of history producing the crop, and have a contract for the sale of the insured hemp.

Producers also must be a part of a Section 7606 state or university research pilot, as authorized by the 2014 farm bill, or be licensed under a state, tribal or federal program approved under the USDA Agricultural Marketing Service (AMS) interim final rule issued in October 2019.

The MPCI provisions state that hemp having THC above the federal statutory compliance level will not constitute an insurable cause of loss.

More information on the MPCI pilot will be available in 2020, RMA said.

Senate Finance Committee Chairman Chuck Grassley, R-Iowa, announced Friday his intention to lead a markup of the United States-Mexico-Canada Agreement (USMCA) on January 7, the first full day the Senate will be in session in 2020.

The markup schedule is based on the expectation that the Senate will have received the legislation beforehand from the House of Representatives, Grassley said.

“This markup will move us closer to ratifying USMCA in early 2020,” Grassley said. “Farmers, manufacturers and all American workers will soon be able to benefit from a stronger and modernized trade agreement with Canada and Mexico.”

Further details regarding exact timing and location will be provided at a later date, his office said.

Senate Majority Leader Leader Mitch McConnell, R-Ky., has said that the Senate will not consider the USMCA until after the trial of President Donald Trump on articles of impeachment coming from the House.

But House Majority Leader Nancy Pelosi, D-Calif., has said she will not send the articles to the Senate until she gets more clarity on the trial, which apparently puts the Senate USMCA schedule in question.

“With a growing world population, Mr. Claus will have his busiest Christmas yet. At USDA, we want to ensure we are not hindering Mr. Claus’ important work of spreading Christmas cheer for all to hear,” said Agriculture Secretary Sonny Perdue.

“Ease of access into the United States for Mr. Claus and his nine reindeer will ensure that children all over the country — including my own 14 grandchildren – will wake up on Christmas morning with joy and filled with the spirit of the season. USDA issued this permit in advance and waived all applicable fees to help ensure a smooth trip on Christmas Eve night.”

In addition to the normal disease testing requirements, flying reindeer must undergo additional tests to ensure they will be able to safely handle significant changes in altitude and temperature throughout their journey, and are fit for landing on rooftops, APHIS said.

On this year’s health certificate, the accredited veterinarian noted that one of the reindeer named Rudolph was positive for “red nose syndrome,” however, it was also explained that this is normal for him and not an animal health concern. The veterinarian also verified the reindeer have been vaccinated against any diseases they could encounter on their trip around the world.

At the request of Mr. and Mrs. Claus, APHIS also completed a courtesy welfare and humane treatment check of the reindeer facility. Mr. Claus and his staff passed with flying colors.

They will arrive pulling a wooden sleigh with jingling bells attached, filled with brightly wrapped gifts. Port personnel will clean and disinfect the runners and underside of the sleigh at the time of entry, and will also conduct a short visual inspection of the reindeer. Mr. Claus will also have his boots disinfected and will thoroughly wash his hands. These measures are intended to prevent the entry of any livestock diseases the team may encounter during deliveries to farms around the world before entering the United States.

“It would be a disaster for Worldwide Gifts, Unlimited, if my reindeer were to unintentionally bring in foot and mouth disease along with all the gifts,” explained Mr. Claus, according to the USDA release. “Why, something like that could put me out of business. That’s why we work all year to keep the reindeer healthy and take all possible precautions before and during our trip.”

Mr. Claus has also provided an advance list of what port personnel should expect upon their arrival. This includes a variety of food items, all of which come from approved locations and none of which pose a threat to U.S. animal or plant health. 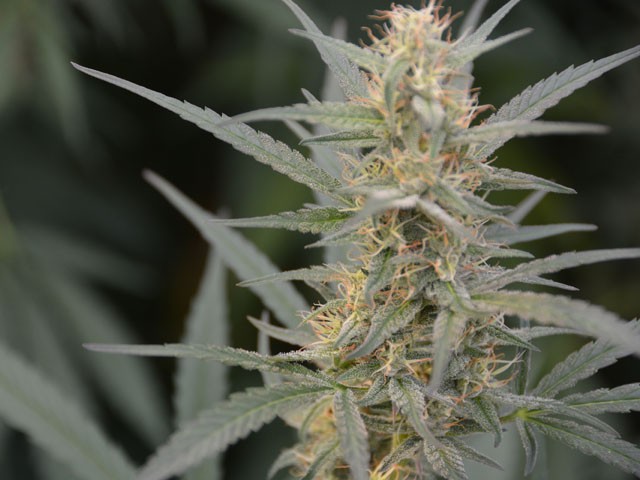