People in leadership positions at USDA thought it wasn't worth mentioning that its proposed rule to change food aid requirements would drop roughly 500,000 kids from free lunches.

The House Education and Labor Subcommittee on Civil Rights and Human Services on Wednesday afternoon will hold a hearing asking USDA's deputy undersecretary for nutrition about USDA's proposed cuts to free school meals.

The hearing comes from a part of USDA's proposed changes to the Supplemental Nutrition Assistance Program (SNAP), or food stamps. USDA is looking to finalize a rule that would cut three million people off SNAP aid. The proposal drew 75,000 comments, though it was only near the end of the comment people did the public learn that the proposal would also cause roughly 500,000 kids to lose access to free school lunches.

Under USDA's SNAP eligibility rules, eligibility is limited to 130% of federal poverty guidelines, which right now would equal $33,475 for a family of four, or $16,237 for an individual.

SNAP also has an asset test limiting amounts in bank accounts, etc., to $2,250, though homes with someone elderly or disabilities can have assets of $3,500 or less.

So, a person who fall to those income and asset levels can get an average monthly food aid benefit of about $134, or a maximum benefit of $192 a month.

But under provisions for welfare reform and in earlier farm bills, states were given flexibility to grant eligibility to people at higher income levels and 43 states have done that. In some states, income eligibility goes as high as 200% of poverty level and waiving asset tests. This is basially known as "categorical eligibility," or "cat-el" in government speak.

That's about 3.1 million in about 1.68 million homes who would lose their food aid under USDA's plan. Dropping those people from the rolls would save about $6.2 billion a year.

But the Washington Post and others also reported that one of the "ripple effects" of the rule is not only would those people be dropped from SNAP, but about 500,000 kids would also lose access to free school meals. USDA didn't mention that in its analysis about the impact, but USDA wasn't technically making changes to child nutrition rules, a USDA spokesperson told the Post.

The Robert Woods Johnson Foundation cited that more than 680,000 households affected by the changes in income and asset tests have children in the home.

The rule change also affects people who are elderly or disabled in states that have expanded SNAP benefits for those households up to the 200% level as well.

Brandon Lipps, deputy undersecretary for Food, Nutrition and Consumer Services at USDA is the only person listed to testify at the hearing. https://edlabor.house.gov/…

National Farmers Union was among the groups that sent comments to USDA criticizing its proposal. As a member of the Alliance to End Hunger, National Farmers Union (NFU) advocates policies that decrease hunger by improving access to safe, nutritious, and affordable food. Because the rule would achieve just the opposite, NFU President Roger Johnson reiterated the Alliance’s earlier opposition and emphasized the importance of the nutrition safety net.

“Too many Americans don’t know where their next meal is coming from," Johnson said. "Last year, about one in nine families experienced food insecurity. That number is still far too high, but it’s at its lowest level in over a decade – thanks in large part to SNAP and other nutrition assistance programs. Though there’s abounding evidence that the nutrition safety net works, this administration seems determined to limit its effectiveness and its reach. This latest proposal would remove one of the last lines of defense and leave millions of Americans – including hundreds of thousands of children – more vulnerable to hunger. We urge USDA to protect this critical program and ensure that all Americans are able to put food on their tables.” 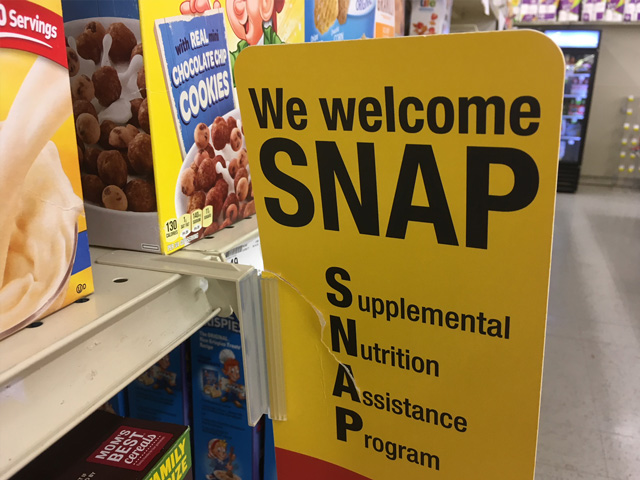