A bipartisan group of U.S. senators wrote the U.S. Department of Agriculture asking the department to speed up cover-crop guidelines from the 2018 farm bill and allow haying and grazing on prevent-planted acres earlier than normal.

In a letter to Bill Northey, USDA's undersecretary of Farm Production and Conservation, the senators called on USDA to allow more flexibility on "the arbitrary November 1 grazing/harvest date for cover crops planted on prevent plant acres." The Nov. 1 restriction "serves as a barrier to cover crop adaptation" especially in northern states where adverse weather could limit the possibility of haying or grazing those crops after Nov. 1. "A nationwide Nov. 1 haying-harvest date does not treat farmers equitably across the United States."

Farmers who take a prevented-planting claim are encouraged to plant cover crops but their indemnity drops to just 35% if they hay or graze those cover crops before Nov. 1.

The senators said they wanted to see USDA "expeditiously" implement the cover crop sections of the farm bill, including termination guidelines. The section also requires more outreach and education on cover crops as a tool for improving soil health and risk management. The senators noted farmers need such tools now because of the expected high number of prevented-planting acres expected this spring.

"As you know, cover crops can dramatically reduce soil erosion, improve soil health, suppress weeds, retain moisture, and reduce the need for nitrogen and phosphorous applications and runoff in the Upper Mississippi River basin that otherwise harm drinking water systems or contribute to the hypoxia “dead zone” in the Gulf of Mexico," the senators wrote to Northey.

President Donald Trump on Friday changed the dynamics of the tariff negotiations with Mexico, stating in a tweet, "If we are able to make the deal with Mexico, & there is a good chance that we will, they will begin purchasing Farm & Agricultural products at very high levels, starting immediately. If we are unable to make a deal, Mexico will begin paying Tariffs at the 5% level on Monday." 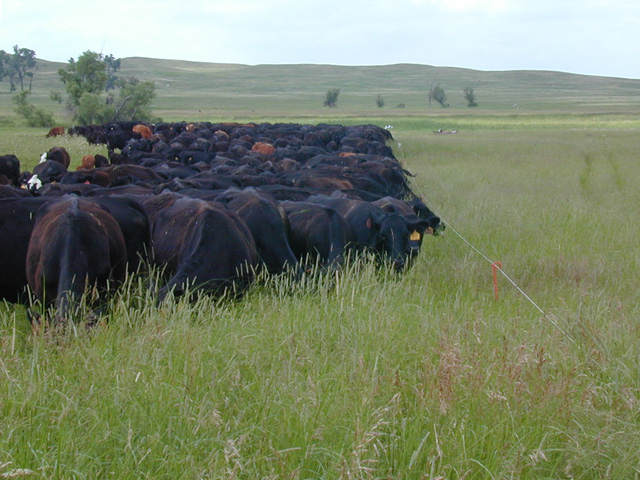