The House of Representatives next week will take up a disaster aid bill that includes aid for Midwestern and Southern farmers, House Majority Leader Steny Hoyer, D-Md., said Thursday.

“The House will consider H.R. 2157, Supplemental Appropriations Act of 2019,” Hoyer said. “The legislation would provide relief and recovery assistance for Americans affected by recent natural disasters.”

“It includes an additional $3 billion to address urgent needs following flooding in the Midwest and tornadoes in the South that have occurred since the House passed its first disaster bill in January, which has languished in the Senate,” he said.

“Lastly, the bill includes an extension of the flood insurance program until September 30, 2019.”

Meanwhile, Republican senators said that they have a plan that will include $300 million in additional aid to Puerto Rico and that President Donald Trump has agreed to support it, The Washington Post and Politico reported.

Sen. David Perdue, R-Ga., said that Trump is “on board,” Politico reported.

Perdue told Politico that Trump would have to approve the final language, but he added, “I will just tell you this: He called me this morning at 6 o’clock. This man is involved. This man is engaged. He talked to several members very late on this issue. He is very engaged in this. He wants to get it solved.”

Politico — Senators near deal on disaster aid with Trump 'on board' https://www.politico.com/… 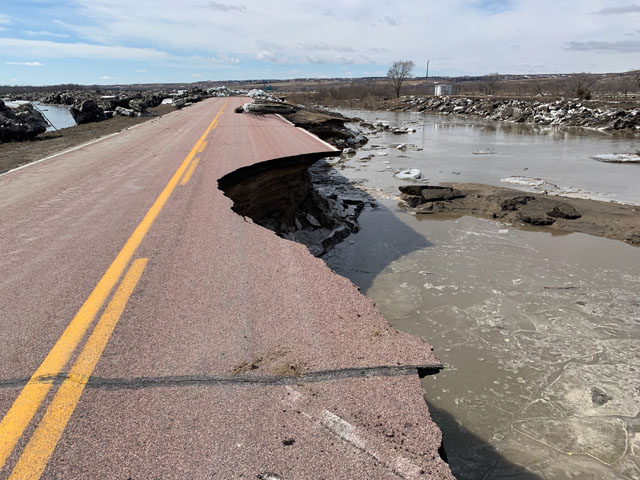