Sen. Charles Grassley, R-Iowa, said Tuesday he expects the emergency disaster bill that Senate Republicans released to provide flooded areas of the Midwest the same type of aid that is provided to California for forest fires and the Southeast for tornado and hurricane relief.

But he added that the issue of hurricane relief aid to Puerto Rico may complicate the bill’s legislative path.

Grassley told DTN the bill should cover losses for farmers who were caught by the floods with corn and soybeans in grain bins.

Shelby said the bill will cost $13.45 billion and that it provides critical aid for states affected by disasters in 2018, as well as ongoing relief for disasters that occurred in 2017, including agriculture disaster relief for farmers and development grants for small, rural communities.

“In addition, the legislation expands eligibility in certain accounts for states in the Midwest and the South that have experienced catastrophic flooding and tornadoes in 2019,” Shelby said.

The supplemental appropriations bill provides aid for states affected by disasters in 2018, as well as ongoing relief for disasters that occurred in 2017, including: agriculture disaster relief for farmers; development grants for small, rural communities; assistance for veterans’ health facilities and military construction projects; emergency funds for critical timber, watershed, and wastewater infrastructure needs; and resources to restore highways, aviation facilities, and other transit projects. The measure also includes an additional $600 million in nutrition assistance for Puerto Rico – a key Democratic priority in the bill. In addition, the legislation expands eligibility certain types of disaster relief for states in the Midwest and the South that have experienced catastrophic flooding and tornadoes in 2019.

Grassley said on the Senate floor Monday that the destruction caused by the floods is far more than state and local governments can handle. He told rural reporters Tuesday in a telephone call that he was working with appropriators so that the Midwestern states can get aid beyond what is already provided by the Federal Emergency Management Agency “on the same basis” that the bill would aid people who experienced disasters in 2018.

Grassley said it is too early to estimate how much aid will be needed in the Midwest. He noted that agricultural losses in Iowa have been estimated at $524 million but said he considered that a “guesstimate.”

Grain losses not covered by USDA can be covered by disaster legislation, he said.

Grassley said he thinks the bill will pass because “the government is an insurer of last resort,” but said it could slowed down by conflict over how much money should be provided to Puerto Rico.

The island commonwealth has had to cut back on its equivalent of Supplemental Nutrition Assistance Program (SNAP) benefits because it is running out of money.

The Senate measure includes an additional $600 million in nutrition assistance for Puerto Rico, which Shelby noted is “a key Democratic priority in the bill.”

“Nearly 3,000 American lives were lost in the historic storms that devastated Puerto Rico and destroyed its infrastructure, and the island is still struggling to recover,” they said.

“As Americans, we should not pick and choose who to help in times of need. We stand ready to support a disaster package that addresses the needs of all disaster victims. Anything short of that will not pass the House.”

Grassley said today that Puerto Rico is entitled to anything the 50 states would qualify for, but “not one penny more.”

The Senate substituted its bill for the previously passed House bill so it must go back to the House now. Grassley said he believes House Democrats will add more aid for Puerto Rico to the bill.

The Washington Post reported today that the emergency legislation’s path is further complicated because President Donald Trump at an Oval Office meeting on February 22 “asked top advisers for ways to limit federal support from going to Puerto Rico, believing it is taking money that should be going to the mainland, according to senior administration officials who spoke on the condition of anonymity to share details of the president’s private remarks.”

The Post continued, “The meeting — an afternoon session focused on Department of Housing and Urban Development grants — ended abruptly, and Trump has continued to ask aides how much money the island will get. Then, Trump said he wanted the money only to fortify the electric grid there.”

“Trump has also privately signaled he will not approve any additional help for Puerto Rico beyond the food-stamp money, setting up a congressional showdown with Democrats who have pushed for more expansive help for the island,” the Post said. 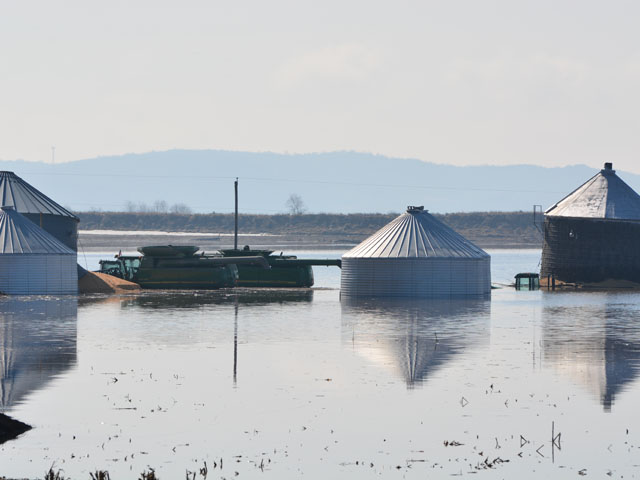