For the second time in as many days, USDA issued news releases this week stressing preventive measures to avoid African swine fever from landing in the U.S.

The Animal and Plant Health Inspection Service on Wednesday highlighted Greg Ibach, under secretary for Marketing and Regulatory Programs highlighting caution that international travelers could unknowingly bring back ASF into the country on their clothes, shoes, or hands.

As USDA notes, African swine fever is a highly contagious and deadly disease affecting both domestic and feral hogs and there is no vaccine for ASF. It does not affect human health and cannot be transmitted from pigs to humans. Recent spread of the disease to new countries in Asia and Europe has triggered a series of actions by USDA, State Agriculture Departments, and the pork industry to bolster protections against ASF in the United States and keep ASF out of North America.

As USDA noted on Tuesday, USDA-trained detector dogs played a major role last week in the seizure of roughly 1 million pounds of pork smuggled from China where there is an outbreak of African swine fever (ASF).

“ASF has never been detected in the United States,” said Ibach, “but an outbreak here would not only affect the pork industry, but would have major impacts on trade and raise food prices for consumers. We are asking international travelers to help prevent the spread of ASF to the United States by understanding what products can be brought back into the United States, and declaring any agricultural items in their baggage.”

APHIS has a new traveler website provides updated information about potentially harmful pests and diseases that can hitchhike on food or other agricultural products. When returning to the United States, travelers are reminded to declare food items and animal products in their luggage. Failure to declare items may result in serious penalties. https://www.aphis.usda.gov/…

“USDA and U.S. Customs and Border Protection (CBP) recognize the crucial work of detector dog teams at U.S. ports of entry.” said Ibach, “While travelers’ declarations of any food products brought with them to the United States is a critical step to protecting U.S. agriculture, the dogs and secondary agricultural inspections provide another line of defense to keep ASF out of the country.”

USDA will be working with Customs and Border Patrol to increase screenings of passenger baggage. This includes training and adding 60 additional beagle teams for a total of 179 teams working at key U.S. commercial, sea, and airports and ensuring travelers who pose an ASF risk receive secondary agricultural inspection. USDA is also coordinating with CBP to expand arrival screenings, including checking cargo for illegal pork and pork products.

Anyone who visits a farm in an ASF-affected country should take specific precautions before returning to the United States. Follow the farm’s biosecurity protocols and wear site specific footwear and coveralls or clothing. Thoroughly clean and disinfect or dispose of clothes and footwear worn on the farm before returning, and declare the farm visit to CBP when re-entering the United States. Travelers should not visit farms or any other locations with pigs—including livestock markets, zoos, circuses, and pet stores with pot-bellied pigs for at least 5 days after returning.

More information on ASF, partner resources, and additional resources for travelers are available on the APHIS ASF webpage. https://www.aphis.usda.gov/…

USDA highlighted some of its biosecurity protocols and practices:

-Restricting imports of pork and pork products from affected countries;

-Coordinating closely on response plans with the U.S. pork industry, producers and States to be ready should a detection ever occur in the United States; and 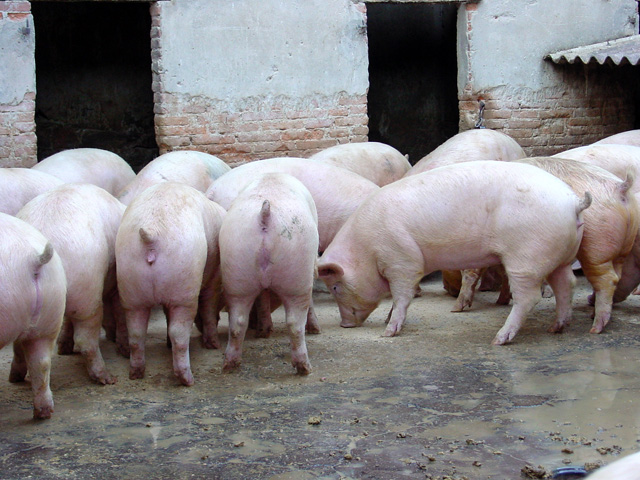