SAN DIEGO — In yet another sign of the deteriorating farm economy, a Wells Fargo economist said here last week that banks will not make loans to all financially troubled farmers who have crop insurance this year, even though they will require them to buy it.

“Crop insurance is a good safety blanket for farm loans,” Michael Swanson, an agricultural economist for Wells Fargo in Minneapolis said here Thursday at the Crop Insurance and Reinsurance Bureau annual meeting. He noted that some farmers are now “so illiquid that crop insurance doesn’t matter. We simply will not lend to them.”

Banks that have made loans to farmers who have not made a profit for three years will be out of compliance with regulators, he said.

Swanson declined to say what percentage of Wells Fargo customers are in trouble, but he told The Hagstrom Report in an interview that the biggest issue is with new customers who apply for loans but can’t qualify for them.

Some farmers bought land with cash during the good years but now have a shortage of working capital, he said. They are going to lenders and asking to take out mortgages on the land, he noted. That means the land is still listed as an asset but they still owe the money on the mortgages.

“We are going through a renormalization of U.S. agriculture” after the period of high commodity prices, Swanson said, adding he does not see high prices returning in the next few years.

Swanson said he expects another round of farm consolidation because bigger farms are better managed, but in an interview he acknowledged that whether farmers exit the business depends on their individual situations..

Farmers are unlikely to stop buying crop insurance because it is a small expense compared with rent, seed and fertilizer, he said. But they may expect better service or lower prices from fertilizer sellers and crop insurance agents.

Farmers who own their own land need to realize that land management and farm management are two businesses in one operation, he said.

Swanson said farmers need to ask themselves, “Am I farming to make money by farming or to get a payoff in the future?

He expressed skepticism about some of the theories in agriculture such as future demand based on population growth. The biggest population growth, he noted, is in Africa, which also has economic problems.

Of all the farm sectors, Swanson was the most negative on ethanol, which he said absorbs 40 percent of U.S. corn production.

“We never would have introduced biofuels if we had seen fracking coming,” he said, referring to the hydraulic fracturing process that has stimulated natural gas and oil production in the United States.

Swanson discounted the importance of the Trump administration’s use of small refinery exemptions to reduce ethanol demand.

The last two months have been the worst two for profitability in ethanol, but production has not slowed because there are high fixed costs in the industry, he said.

“Everyone is looking at who is going to go bankrupt first,” he added.

The big challenge for ethanol, he said, is the likelihood that more and more consumers will switch to electric cars in which battery technology will dominate.

“No matter how much [Iowa Republican Sen.] Chuck Grassley loves ethanol he cannot mandate that a Tesla owner buy it,” Swanson said. 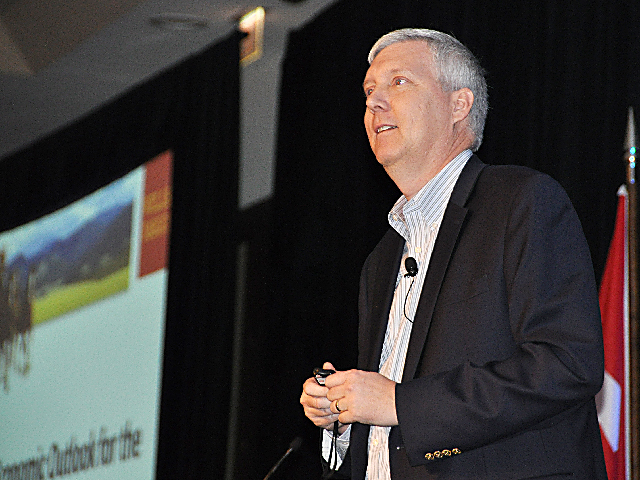 COscar1650597126
6/12/2020 | 1:17 AM CDT
Hello viewer We are professional traders, earning on forex and binary for investors weekly, will love to tell you all more about our investment platform where you can invest funds as little as $ 200 and start earning $ 2000 weekly, alot of people has benefited from this investment offer before and during this convid-19 virus, if you are going through financial difficulties due to this coronavirus and you need help paying bills simply choose a suitable investment plan for yourself and start making profit weekly $ 200 to earn $ 2,000 in 7 days $ 300 to earn $ 3,000 in 7 days $ 500 to earn $ 5,000 in 7 days $ 1000 to earn $ 10000 in 7 days $ 5000 to earn $ 50,000 in 7 days To Start your investment now WhatsApp: +15022064419 or email tradewithcarlos2156@gmail.com
GLin1584335739
12/10/2019 | 8:23 PM CST
Affordable Loans At 3% Interest Rate. I'm recommending (BBVA FINANCIALS) to you all, they are Located here in United States and the UK. They offer loan to anyone who is interested in getting any type of loan. They lend me the sum of $150.000.00 with loan interest rate of 3%. They offer all kinds of loan even with a bad credit score. The Good news is NO CREDIT CHECKS, No collateral and also even with a low credit score you can still get loan, you can approved within 48hrs if you are serious about the loan as well because they will need your correct information to approve your loan. they offer loan such as: *Personal loans, *Home Loans, *Debt consolidation loan, *Venture capital, *Business loan, *Education loan, *Home loans, *Refinance Loan etc. BBVA FINANCIALS HAS BEEN TESTED AND TRUSTED BY ME. THEY ARE 100% LEGIT AND GENUINE. For More Urgent Information Contact Them Immediately. Contact them via: customer.bbvafinancials@gmail.com Text or Call for immediately response: +1 (501)-429-4229