The Trump administration’s approach will replace the original Obama-era plans, which helped to give the U.S. Fish and Wildlife Service confidence that the species did not warrant listing as threatened or endangered in 2015.

“These new plans are a mixed bag, with some changes addressing legitimate requests from the states to help align with their conservation approaches, and other changes stripping back protections for core sage grouse habitat and creating more uncertainty for the West,” said Whit Fosburgh, president and CEO of the Theodore Roosevelt Conservation Partnership. “Unless the impacts of development are properly mitigated to avoid further habitat loss, sage grouse could easily become a candidate for the threatened and endangered species list yet again. Success will ultimately come down to implementing these new plans to the letter, and never wavering from an approach that produces results for sage grouse populations and other species that depend on the sagebrush ecosystem. We will continue working with the BLM, the states, industry, and local partners to ensure that happens.”

The revised plans eliminate focal areas, a subset of about 11 million acres of priority habitat on BLM land that would have been permanently withdrawn from any potential mineral extraction in the 2015 plans, TRCP said in analysis. The original no-surface occupancy policy remains — so infrastructure for development cannot be built on priority habitat — but the revised plans also give the BLM more flexibility to waive these protections in certain cases, TRCP added.

Mitigation also remains a sticking point, now that the Department of the Interior maintains that it lacks legal authority to require developers to pay for any negative impacts to habitat, TRCP said. This shifts the onus of regulation to the individual states, each of which has different mitigation standards and legal requirements. The states must now ensure their mitigation approaches are not only effective at curbing habitat loss, but also at holding all developers equally accountable.

“We cannot manage grouse at a level where we are only one major event away from having to list the bird,” says Steve Belinda, executive director of the North American Grouse Partnership. “Habitat, particularly on public lands, must be managed to withstand events we cannot control, like drought, fire, and disease, so conservation can be balanced with energy development, grazing, and other human activities we can control.”

“Whatever approach we take, the outcome for sage grouse and sagebrush habitat will need to be legally defensible,” says Steve Williams, president of the Wildlife Management Institute and former director of the U.S. Fish and Wildlife Service. “If there is not enough regulatory certainty, if there is too much flexibility leading to negative impacts on habitat, and it is determined that our actions were not effective, we may end up facing a legal challenge deeper than the one we started from years ago. At that point, it’s difficult to see a future where sage grouse aren’t reconsidered for listing.”

“The scale and magnitude of sage grouse conservation planning, while extraordinary, has always been an enormous experiment, and management actions largely remain untested,” says Ed Arnett, chief scientist for the TRCP. “We need solid research and monitoring to demonstrate that management efforts implemented in these plans are, in fact, good for grouse. Until we see conservation manifested on the ground, we still just have good intentions for habitat and birds on paper in planning documents.”

Backcountry Hunters and Anglers said the new management plans “could unravel years of stakeholder collaboration and reduce habitat conservation measures for sagebrush country that have played a major role in keeping the greater sage grouse off the Endangered Species List.

“The administration had a tremendous opportunity to build on the strength of the 2015 plans while making some adjustments in course that would have improved consistency and partnership with states,” said BHA Conservation Director John Gale. “Instead, they chose to eliminate protections for sagebrush country, an action that threatens not only the health of sage grouse populations but also generates additional uncertainty for more than 350 other species that rely on these landscapes, including mule deer, elk and pronghorn.

“In 2015, one of the most successful collaborative management approaches in U.S. history was released to widespread approbation,” continued Gale. “With the erosion of those plans mid-implementation, the administration has made it incredibly difficult to create a resilient public lands management model – one that balances the pressures of development and recreational uses and addresses cumulative impacts of variables like drought, wildfire and invasive species. We urge them to reconsider this approach and heed the will of the American people by responsibly managing these iconic and valuable public lands.”

Ethan Lane, executive director of the Public Lands Council and National Cattlemen’s Beef Association Federal Lands, said, “The 2015 sage grouse plan amendments failed to incorporate critical input from local stakeholders and risked causing serious damage to sage grouse conservation efforts. We are pleased to see the administration continue its efforts to bring the 2015 amendments in line with state plans that better account for the diverse ecosystems across the West. [Interior] Secretary [Ryan] Zinke and his team deserve our thanks for walking the walk and listening to those closest to the ground. We cannot afford to take important management tools like livestock grazing out of the toolbox.” 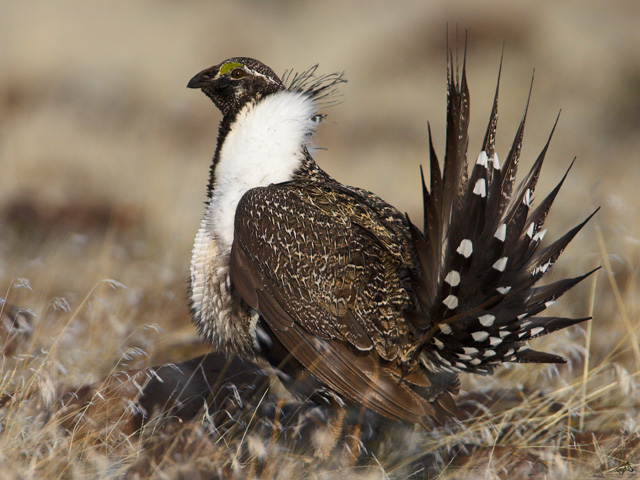