Monday marked 50 days until Election Day, which you probably figured out already if you watched any football or local news over the weekend.

I got my fill of ads about the Indiana Senate and Missouri Senate races on Saturday watching the Missouri-Purdue football game.

The U.S. Senate stands at 51 Republicans and 47 Democrats (as well as two independents who caucus with Democrats). But of the 35 seats up for election in November, Democrats hold 26 of them. Democrats have a lot more turf to defend and more toss-up races as well. Yet, polls also claim Democrats have the upper hand in traditionally red states of Arizona and Tennessee for two open Senate races.

Then there's the Texas Senate race between Republican incumbent Ted Cruz and Democratic U.S. Rep. Beto O'Rourke out of El Paso. This is a serious bellwether race because Democrats have tried before to turn Texas blue, gotten a lot of pre-election attention, and then gotten their clocks cleaned when the actual votes are counted. But a polls last week by CBS11 out of Dallas/Fort Worth last week showed Cruz at 46%, O'Rouke at 42% and 11% undecided. The poll had a margin of error of 4.3%, so the race could be tied, or Cruz could be stronger than perceived. That same poll also showed President Donald Trump maintains a favorable rating in Texas and he will be campaigning for Cruz in October. https://www.cbsnews.com/…

A lot of these key Senate races right now are essentially dead heats, including Indiana, Missouri, Montana and North Dakota, all of which are Senate seats held by Democratic incumbents.

Fox News had a poll last week in Indiana showing Republican businessman Mike Braun with a 2-point lead over incumbent Democratic Sen. Joe Donnelly with 8% of voters undecided and the poll carrying a 3.5% margin of error. Another poll by NBC News a week earlier showed Donnelly with a 6-point advantage.

CBSNews polls on the Missouri and Montana Senate races have Democratic incumbents in dead heats with GOP challengers. CBS had Missouri Sen. Claire McCaskill in a 45-45 percent tie with Republican John Hawley, Missouri's attorney general. The poll had a plus/minus margin of 3.3%.

In Montana, Democratic Sen. Jon Tester is in a 47-45 percent rates against Republican Matt Rosendale, Montana's state auditor. The poll had a plus/minus margin of 5.2%.

The race that has really filled my inbox in recent weeks is the North Dakota Senate battle. The latest poll last week, by FOX News, has GOP U.S. Rep. Kevin Cramer up 4 percentage points over incumbent Democratic Sen. Heidi Heitkamp. Eight percent of voters were unsure and the poll had a plus/minus margin of 3.5%.

Both sides in the North Dakota race have been brawling in news releases and ads on an almost hourly basis. Heitkamp has come out with a major campaign push tying Cramer to trade tariffs and President Trump's "reckless trade war." Cramer came out Monday with an ad championing his energy policy while criticizing Heitkamp for supporting the Iran nuclear deal, saying "Heitkamp chose Iranian oil producers over hard-working North Dakotans." Heitkamp's team counters she helped lead efforts to lift the crude oil export ban.

The press releases from Cramer and Heitkamp surrogates have attacked just about everything but the brand of toilet paper the other campaign buys. I expect those attacks will come as we get closer to Nov. 6. 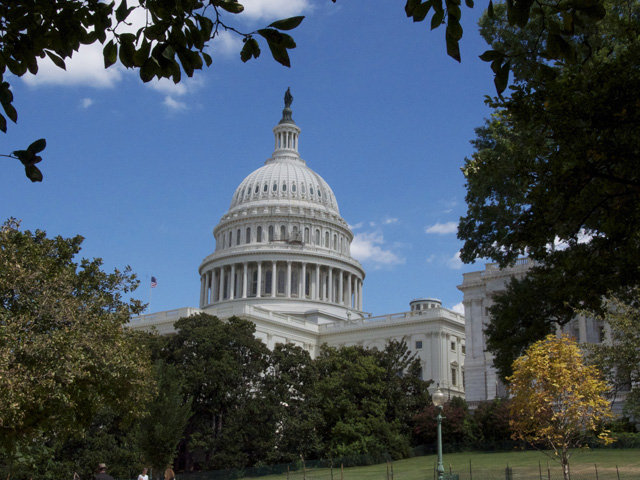