Some initial reactions to the Senate version of the farm bill came from various groups on Friday after the bill language and summary were released.

The Senate Agriculture Committee is scheduled to mark up the bill on June 13.

“America’s farmers and ranchers are facing an economic storm across the countryside, so the release today of the Senate Farm Bill is a crucial step to move the very important farm bill process forward. Farm income is at a decade low. Farm debt is on the rise and international markets for our farm goods are in jeopardy," Duvall said. He added, "It is important that the Senate bill strike a balance that will help set the overall congressional tone for getting the farm bill done this year.”

Roger Johnson, president of the National Farmers Union, also credited lawmakers for their draft, citing that the bill "makes significant improvements over the current version of the House bill." But Johnson called on the Senate to make more improvements to the farmer safety net.

“There hasn’t been a more turbulent time for family farmers in thirty years—significantly depressed farm prices, domestic market uncertainty, distressed trade relations, and increasingly devastating weather events have created a fraught and stressful climate in agriculture," Johnson said. "Times like these require the certainty of a farm bill and an adequate safety net for family farmers.

The National Sustainable Agriculture Coalition provided a more detailed critique of changes in the farm bill, including citing cuts to the Conservation Stewardship Program and the Environmental Quality Incentives Program. NSAC also cited some of the improvements to programs such as farm-to-fork initiatives and beginning and socially disadvantaged farmer programs. "It also fails, however, to make meaningful reforms to farm subsidy programs to limit economic and farm concentration, and includes significant cuts to critical working lands conservation programs," NSAC noted.

Leadership for the American Soybean Association pointed out the farm bill is vital not just for farmers, but consumers who depend on food, fiber and fuel. “Farmers need the certainty of a new five-year bill to manage continuing low crop prices and farm income as well as volatile conditions affecting our vital export markets," said Dave Stephens, a Kentucky farmer and ASA vice president. "We urge the Senate Committee to act on this legislation as soon as possible and for the full Senate to consider it before the July Congressional recess.”

The Agriculture Energy Coalition thanked the senators for keeping an energy title in the bill, pointing out that the energy provisions have been in the bill since 2002.

“The Ag Energy Coalition thanks the Senate Agriculture Committee for proposing to reauthorize the energy title and programs as well as for including some very important changes recommended by the coalition that will open the programs to innovative new technologies," said Lloyd Ritter, director of the coalition. "The coalition urges a significant increase in mandatory funding and additional progress to improve and make programs more equitable."

The Organic Trade Association said the Senate bill provides historic advancements in organic agriculture, which include new tools to improve oversight of imports as well as the largest increase in funding in the Organic Research and Extension Initiative by bumping up the baseline from $20 million to $50 million a year.

Supporters of Agricultural Research Foundation (SoAR) cited some of the changes in the Senate farm bill for research but was critical that the bill does not boost the Agriculture and Food Research Initiative (AFRI) program. Thomas Grumbly, president of SoAR, pointed out the bill would provide permanent funding for several USDA competitive grants as well as renew the Foundation for Food and Agricultural Research.

Regarding the Supplemental Nutrition Assistance Program, the Network Lobby for Catholic Social Justice was pleased the program is kept intact, but would like to see SNAP increased as well. Another group called the Foundation for Government Accountability said the Senate farm bill "misses and exceptional opportunity to bring the power and dignity of work to millions of Americans trapped in dependency." The farm bill "undermines existing pro-work laws" by not tightening up job training or work requirements for SNAP recipients.

A link to a section-by-section breakdown of the bill by the Senate Agriculture Committee: https://www.agriculture.senate.gov/… 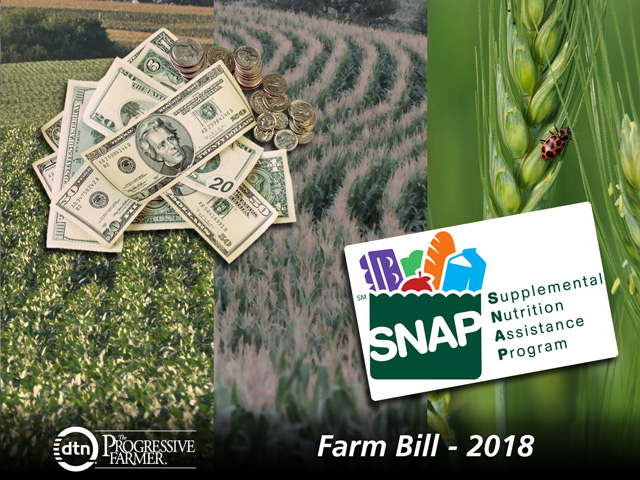