Gregg Doud, the chief U.S. agriculture negotiator, Agriculture Undersecretary for Trade and Foreign Agricultural Affairs Ted McKinney and U.S. Ambassador to China Terry Branstad joined Commerce Secretary Wilbur Ross to meet with Chinese officials in Beijing this weekend, but it is unclear if any progress was made on the Trump administration's stated goal of “rebalancing the bilateral economic relationship between the United States and China.”

After the talks ended on Sunday, the Chinese government released photos of the negotiators, but in a statement said “All economic and trade outcomes of the talks will not take effect if the U.S. side imposes any trade sanctions including raising tariffs.”

Neither the Office of the U.S. Trade Representative nor the Agriculture Department responded Sunday to a request from DTN for a statement after China had issued its statement.

The talks ended in an impasse with no promises from China to buy more U.S. products, The New York Times reported. https://goo.gl/…

In an article entitled “The Squeal is Real,” Farm Bureau’s Market Intel service noted that the the additional 25% tariff China has applied to U.S. pork in retaliation for U.S. tariffs on steel and aluminum “seems to be having the intended effect — a reduction in U.S. pork exports to China.”

“The data is clear — U.S. pork exporters are squealing, but with dismay, not delight,” Farm Bureau economist Veronica Nigh wrote last Tuesday.

The same day, the NPPC said that since March 1 when speculation about Chinese retaliation began, pork futures have dropped $18 per animal, translating into a $2.2 billion loss for producers on an annualized basis.

The NPPC called for “a swift resolution” to the U.S.-China trade dispute, and pointed out that increased Chinese imports of U.S. pork could immediately reduce the difference between Chinese exports to the United States and imports from the United States, the core of President Donald Trump's complaint with China.

According to Iowa State University economist Dermot Hayes, U.S. pork producers have lost $2.2 billion on an annualized basis due to events leading up to and following China’s 25% punitive tariffs in retaliation for U.S. tariffs on aluminum and steel, NPPC said.

“U.S. pork has invested significantly to ramp production to capitalize on growth opportunities around the world, including China and other markets throughout the Asia-Pacific region,” said Jim Heimerl, a Johnstown, Ohio, pig farmer and president of the NPPC.

“We applaud the administration for making the expansion of agriculture exports a cornerstone of the discussions with China. We hope the next round of trade talks with China results in improved market access to a critical export market for U.S. pork and other farm products.”

“Since March 1, when speculation about Chinese retaliation against U.S. pork began, hog futures have dropped by $18 per animal, translating to a $2.2 billion loss on an annualized basis,” said Hayes. “While not all of this lost value can be attributed to trade friction with China, it is certainly the main factor.”

The market disruption caused by export market uncertainty comes at a time when U.S. pork is expanding production to record levels, the NPPC said.

Five new pork processing plants have recently opened or will soon begin operations, increasing U.S. pork production capacity by approximately 10% from 2015 levels by next year, NPPC said. Exports accounted for more than $53 of the average $149 value of a hog last year and support over 110,000 U.S. jobs. The United States has, on average, been the top global supplier of pork over the last 10 years. 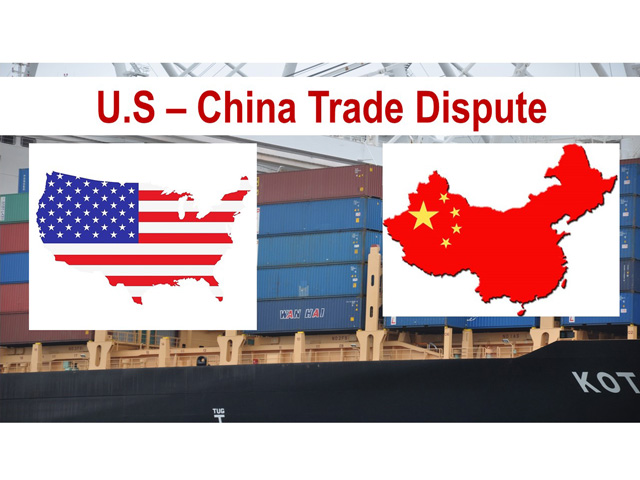