Ryan Findlay started work Monday as the new CEO for the American Soybean Association with several major policy issues on the horizon for the trade association.

Findlay replaces Steve Censky who was confirmed U.S. deputy secretary of agriculture last October, after serving as CEO of ASA for 21 years.

Findlay takes over as soybeans could top corn for planted acres in 2018. He pointed out soybeans were the largest U.S. acres for harvested crop in 2017 at 89.5 million acres compared to 82.7 million acres for corn.

"It would be nice to hit top planted acreage in '18 and I think there is a lot of excitement about that," he said.

The major priorities for ASA in the immediate future are the farm bill, infrastructure and trade, Findlay said.

"Each of those have their own really unique area, but the farm bill is going to be a big deal," he said. "It would be nice to see us pass a farm bill this year and I think we can give a lot of credit into the House and Senate Agriculture Committees for putting everything in place to push that across this year. They have done a lot of field hearings, they have done a lot of the background hearings, they've had a lot of policy discussions and engaged a lot of stakeholders."

While Congress may have a laundry list of other issues, Findlay pointed to farm income levels to make the case that the farm economy needs Congress to complete its work.

USDA's Economic Research Service last week dropped its forecast for net farm income by $4.3 billion, 6.57% to $59.5 billion -- the lowest net farm income since 2006. Net cash income is expected to decline to its lowest level since 2009.

Even with lower income, though, USDA farm program payments are expected to drop $2.1 billion as well, largely due to lower declining revenue protections under the Agricultural Risk Coverage program.

Looking at infrastructure, Findlay said the farm bill has its own component on infrastructure in the Rural Development programs. "That's just another aspect of passing a farm bill this year because it provides some infrastructure that's beneficial to rural communities," he said.

As one of the country's biggest export crops, ASA also needs to be heavily engaged in talk about the president's infrastructure proposal and Congress's eventual action on any infrastructure package. "The last thing we want is to have a farmer in Indiana with a bin full of soybeans they can't get to the river because the locks have shut down and they can't move product," Findlay said. He added, "Ensuring we have adequate infrastructure to move our products is key. That's our strategic advantage right now against some of our global competitors in the soybean trade, so we need to make sure that is maintained."

The other conversation is over broadband and enabling farmers to access technology that is just as fast as any other business. "Having an infrastructure that develops rural broadband would be huge," he said.

On trade, Findlay said the CEO's job is to ensure there is dialogue between the farmer-leaders at ASA and the group's Washington shop headed by the staff at Gordley Associates.

Findlay, his wife and two kids live in Minneapolis, Minn., now. The family will move to the St. Louis, Mo., area sometime after the school year ends.

Findlay grew up on a farm in Caro, Mich., where his brothers still farm. He spent seven years as national lobbyist for the Michigan Farm Bureau dealing with a pair of farm bills, immigration and a host of regulatory issues during that stint, including food safety. "Everything that we're dealing with today I feel was something that I worked on," he said. Four years ago he took a position with Syngenta on industry relations, spending his time coordinating with stakeholders such as commodity groups, on policy issues mainly focusing on "freedom to operate" themes. 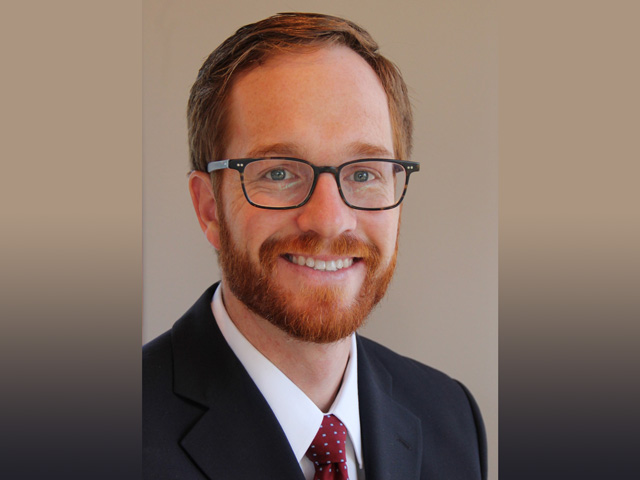