The American Farm Bureau Federation and National Farmers Union are launching a campaign, "Farm Town Strong" to raise more awareness about the struggles of opioid addition in rural communities. The campaign includes a website to provide some information and resources about the challenges of opioid use and possible treatment options. https://farmtownstrong.org/…

Opioid addiction is drawing greater focus nationally. The Washington Post reported last week that life expectancy in the U.S. has fallen for the second year in a row, and pointed to 42,000 deaths nationally from drug overdoses in 2016, a 21% increase from a year earlier. https://goo.gl/…

Associated Press reported Wednesday that an Ohio farmer and former state representative, Gene Krebs, is proposing a fund in that state that would help deal with opioid abuse, as well as employment challenges in rural parts of Ohio. https://goo.gl/…

In general, opioids are a class of painkillers that can range from prescribed painkillers to illegal drugs. Often people will be prescribed painkillers for legitimate pains, but then start seeking new reasons for new, stronger prescriptions that often are even more addictive. As a recent blog from the Centers for Disease Control stated, opioid deaths in rural areas quadrupled from 1999-2015 for people ages 18-25 and tripled for women over that time as well. https://goo.gl/…

“Farm country has been hit hard by the opioid crisis – even harder than rural America as a whole, or big cities,” said AFBF President Zippy Duvall. “It’s going to take everyone working together to combat this crisis to make a difference. That’s why Farm Bureau and National Farmers Union are teaming up to show unity on this issue and encourage farm families to help their neighbors. If you or a family member has been affected by opioid addiction, it’s important to talk about it so that others will know they are not fighting this alone.”

Duvall and NFU President Roger Johnson plan to hold more public events and create a social media campaign with the hashtag #FarmTownStrong. The two farm organization presidents will hold a forum on the opioid crisis at AFBF's annual meeting on Monday in Nashville, Tenn.

“Opioid addiction—along with all of its consequences—is a silent, but very real, crisis for our farming communities,” Johnson said. “The lack of services, treatment and support exacerbates the issue in rural areas, and the negative stigma associated with addiction makes it hard for farmers to discuss the problem. Too often, those struggling with addiction and their family members don’t seek the support they need. Through the Farm Town Strong campaign, we’re tackling this crisis head-on by encouraging more dialogue, more information sharing, and more farmer-to-farmer engagement.”

USDA also will hold a panel discussion on the opioid epidemic at the USDA Outlook Forum in late February.

Farm Bureau and Farmers Union joined forces for a survey released in late November that showed just under half of rural Americans said they have been directly impacted by opioid abuse, while 74% of farmers and farm workers also said they have been impacted as well. Three in four farmers said in the survey it would be easy for someone in their community to access opioids illegally, and just under half of rural adults — 46% — said the same.

Three in four farmers and those who work in agriculture acknowledged in the survey it is easy for someone in their community to access large amounts of opioids or painkillers without a prescription. Still, 31% of rural adults were largely unaware that rural communities are impacted the most by the opioid crisis. 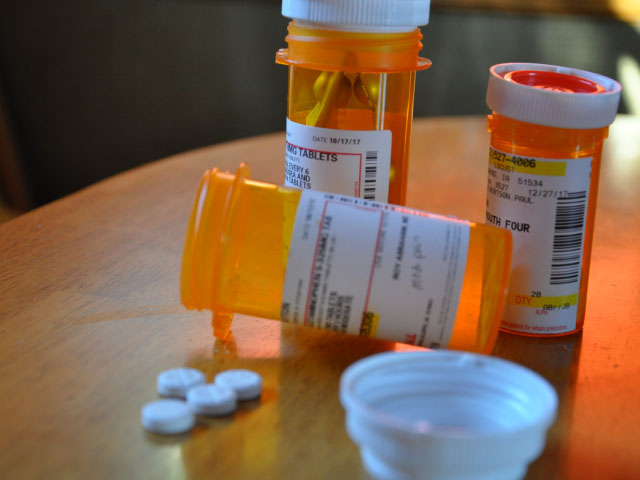