A House Subcommittee on the Environment and Commerce held a hearing Thursday on a bipartisan bill to reduce the risk of farmers from citizen-led lawsuits.

The Farm Regulatory Certainty Act has more than 60 co-sponsors, and was spearheaded by Rep. Dan Newhouse, R-Wash., and Rep. Jim Costa, D-Calif. Newhouse, a former Washington ag director, told the subcommittee about a Washington state dairy farmer who were operating under state nutrient management plans, but entered into a consent decree with EPA. Then a third party got records on the dairy and it was sued under an environmental act.

"Our farming communities need to know the rules of the road. They need to have as much certainty as they can," Newhouse said.

Further, farmers should be encouraged to be proactive and work with regulators that won't cause farmers to be subject to third-party lawsuits, he said.

This legislation would not prevent EPA from applying regulations under Safe Water Drinking Act, Clean Water Act or other laws. But the bill would protect farmers who are trying to do the right thing by working with state or federal regulators on nutrient-management issues,"

Costa reiterated some of Newhouse's views that farmers working with regulators shouldn't be forced to face outside litigation as well. "A farmer acting in good faith to improve their environmental stewardship should not be targeted by litigation while they are cooperatively working to fix the problem and improve their operations," Costa said.

Dan Wood, executive director of the Washington State Dairy Federation, told the subcommittee that dairy farmers are regulated on both state and federal levels. Farmers should not be subject to citizen lawsuits if the farms are already working with regulators, he said. "But that's exactly what happened in the Yakima valley in Washington State two years ago," Wood said.

Four dairy farms were sued over high nitrates in the water. The dairies entered into a consent order with EPA, but were still sued. At least one dairy has gone out of business because of the legal fees, Wood said.

Amy Roming, an attorney, said there is a technical catch-22 with citizen suits regarding the laws that agencies bring regulatory actions. That's why a fix is needed. Farmers are normally regulated under the Clean Water Act, but citizen suits are brought under the Resource Conservation and Recovery Act (RCRA). So changes are made to protect farmers from being regulated under the Clean Water Act, yet facing litigation under RCRA.

Others testifying opposed the legislation, saying it would eliminate a key tool to force polluters and regulators to address major local environmental problems.

Jessica Culpepper said the law would take away a key tool to manage bad actors who are applying too much manure on their fields. Culpepper said RCRA citizen lawsuits are actions of last resort. In Yakima, she noted, the dairy farmers admitted violating their nutrient management plans by overapplying manure to fields. "The reported reason for this bill is a fix that doesn't exist," Culpepper said.

More details on the Farm Regulatory Certainty Act can be found at https://energycommerce.house.gov/… 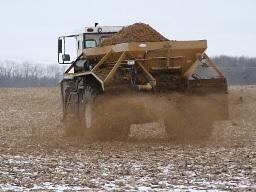