The Biotechnology Innovation Organization and the American Seed Trade Association praised the Trump administration’s decision Tuesday to withdraw a rule proposed by the Obama administration to make revisions to the regulations governing agricultural biotechnology known as 7CR Part 340.

USDA’s Animal and Plant Health Service, which oversees the importation, interstate movement and environmental release of genetically engineered organisms to ensure they do not pose a plant pest risk, announced the withdrawal.

“It’s critical that our regulatory requirements foster public confidence and protect American agriculture and the environment while also providing industry with an efficient and transparent review process that doesn’t restrict innovation,” Agriculture Secretary Sonny Perdue said in a news release.

“To ensure we effectively balance the two, we need to take a fresh look, explore policy alternatives, and continue the dialogue with all interested stakeholders, both domestic and international.”

Noting that the world population is expected to rise to 9.5 billion people, Perdue said, “We know that this technology is evolving every day, and we need regulations and policies that are flexible and adaptable to these innovations to ensure food security for the growing population.”

BIO said in a statement that “the USDA’s course correction as the appropriate next step in considering improvements to its regulatory system.”

The proposal issued by USDA on January 18, just before the Obama administration left office “took positive steps” but “the proposed rule also had significant flaws that would have rendered the proposed system difficult to implement and created greater uncertainty for developers,” BIO said.

“Going forward, the department could benefit from a robust discussion with stakeholder groups in order to understand how it can meet its important regulatory mission in ways that do not unnecessarily impact bringing innovative products to market.

“We support USDA’s science-based exclusion of some classes of gene editing, and the recognition of the safety of familiar crop-trait combinations with which they have years of experience,” BIO said. “We strongly encourage continued USDA support for U.S. agricultural innovation.”

“USDA’s ongoing coordination with other agencies, such as the Food and Drug Administration and the Environmental Protection Agency, will hopefully result in a consistent approach for advances such as gene editing, both domestically and internationally, so the United States can continue to be a leader in the regulation of products of agricultural biotechnology.”

The American Seed Trade Association said it is “encouraged that USDA is taking steps to consider different policy options and will continue to engage on the important topic of plant breeding innovation, both domestically and globally.”

“It’s important that the administration moves forward without delay in soliciting stakeholder feedback on policy around plant breeding innovation while actively engaging in the on-going dialogue at the global level,” said ASTA President & CEO Andrew LaVigne.

“Public and private sector plant-scientists around the world are investing in a great deal of research using newer methods like gene editing across a wide variety of crops — with exciting potential for farmers, consumers and the environment,” LaVigne said.

“However, in order for these benefits to be fully realized, and widely adopted across breeding programs of all sizes and sectors, developers need clear, science-based, policy direction.”

ASTA said it “supported some key aspects of the proposed rule—most importantly, its recognition that some applications of gene editing result in plant varieties that are essentially equivalent to varieties developed through more traditional breeding methods, and should be treated as such from a policy perspective.”

Other advocates for biotechnology weighed in on the Genetic Literacy Project website. https://goo.gl/… 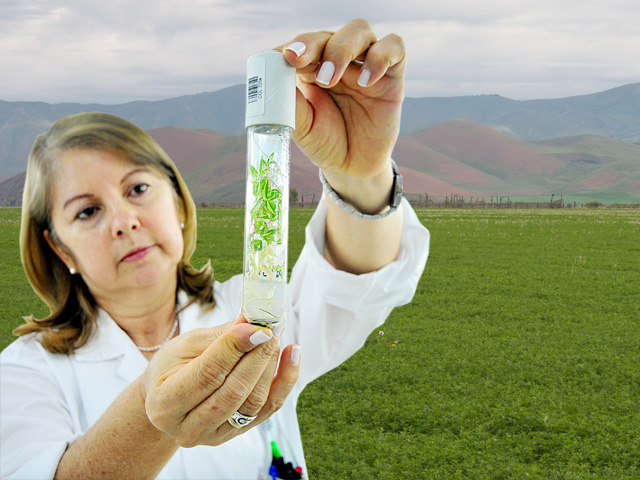