Sens. Charles Grassley, R-Iowa, and Debbie Stabenow, D-Mich., may only have to agree to disagree about the nomination of Sam Clovis to be the next USDA undersecretary of research, education and economics.

Last week Stabenow sent an email to her supporters expressing opposition to Clovis.

"We have a right to expect that only the best, most qualified individuals will be nominated for leadership jobs in our government," Stabenow wrote. "That's not Sam Clovis. I'm opposing President Trump's nomination of Clovis for Chief Scientist in the Department of Agriculture. Why?

"First, Sam Clovis isn't a scientist, a qualification required by law to be chief scientist in the department of agriculture. Clovis himself made this lack of qualification abundantly clear when he stated that he was 'extremely skeptical' of proven climate change science. Second, his absurd statements on LGBTQ issues, race and President Obama totally disqualify him from consideration. As ranking member of the agriculture committee, I oppose his nomination and I call on President Trump to withdraw it immediately. If he does not, I will lead the opposition and promise to bring his troubling record to light."

During a call with agriculture journalists on Tuesday, Grassley said so far he's heard of no Republican opposition to Clovis, although Grassley acknowledged that may change when or if Clovis' nomination comes to the floor of the Senate.

"I think the attacks so far are only because he was an early Trump supporter," Grassley said.

"This candidate has a professorship, a doctorate and is a professor of economics." Grassley said that experience "fits in well" with the USDA position.

"People in the scientific community imply that without a research background you just can't lead that agency. I think that's wrong. This is more political than anything else."

Clovis has come under fire for remarks made about the constitutionality of crop insurance. Clovis made controversial statements on race, President Barack Obama, socialism and southern culture in blog posts related to his Sioux City radio show. CNN published a story on the blog after recovering the deleted 2011 and 2012 posts online. Clovis has been an advisor to now-U.S. Secretary of Agriculture Sonny Perdue.

The scientific community and Democratic members of Congress have questioned the nomination of Clovis because he is not a scientist.

A number of agriculture interest groups, however, called for his swift nomination to the post, in a letter to Sens. Pat Roberts, R-Kan., and Stabenow.

Roberts is the chairman of the Senate Agriculture, Nutrition and Forestry Committee and Stabenow is the ranking member on the committee.

"Some have suggested that Dr. Clovis is not qualified for this position due to his lack of hands-on science and research experience," the letter said.

"We do not share this point of view. The U.S. Department of Agriculture already employs some of the finest and most dedicated scientists in the world. They do not need a peer. They need someone to champion their work before the administration, the Congress, and all consumers around the world.

"Dr. Clovis is dedicated to preserving and improving this remarkable system. Most importantly, he is dedicated to making sure that the world's best-available science is being used by all government agencies to determine appropriate regulatory and policy decisions." 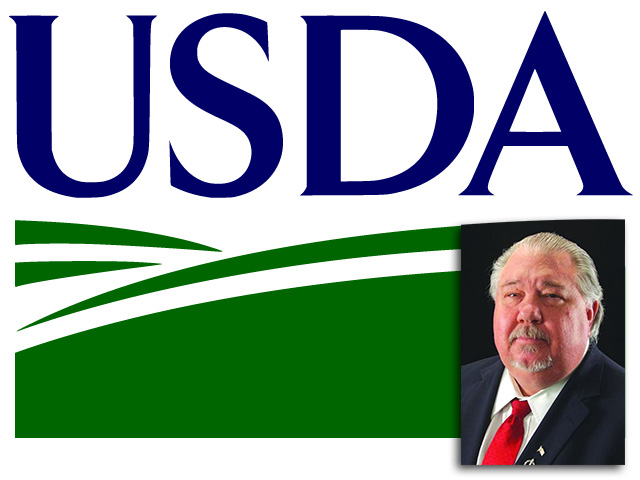