The following is DTN's weekly technical analysis of the livestock markets.

After the complete washout from late summer into early fall, December live cattle were able to put together some trendy, impulsive behavior higher during much of early October. That counter-trend rally has since come to an end, however, and the outstanding question is whether the longer-term downtrend is set to resume. From an Elliot Wave perspective, we would look at the initial sell-off from late August to the end of September as a wave-a, part of a larger three-wave corrective sequence. This would argue the rally from Oct. 1 to Oct. 19 was wave-b and was against the dominant downtrend. The end of wave-b was scored at $131.075 on Oct. 15.

The preferred count would now argue for a resumption of the downtrend and price taking out the Oct. 1 corrective low at $125.00 as part of wave-c. If that were to happen, accelerated losses to the downside would be expected straightaway. That said, the bear has to perform in the days and weeks ahead to make that happen, or a more drawn-out consolidation effort could be directly ahead. Simply put, for the preferred count to happen, weakness is needed. To negate this count, strength is needed above the $131.075 corrective high.

A similar technical construct is seen in feeder cattle with the long-term downtrend the dominant technical feature in this space. Feeder cattle generally seem to be making a more concerted effort to the downside with Friday's plunge putting in a new low for the move. Momentum indicators are pointed sharply lower, as one would expect, highlighting how strong the move down currently is. If the aforementioned Elliot Wave count in live cattle plays out in feeder cattle, then new lows below the October corrective lows would be expected. We would be watchful for any sort of short-term bullish divergence in momentum as price nears those October lows, however. If the bear is going to perform, it will take out the October lows. If it isn't, a momentum divergence will be needed to stem the tide and argue for a rebound in prices. If price is able to take out the Oct. 12 highs at $163.125, the count would be negated and an argument for a retest of the August highs could be made.

The extreme bearishness hasn't been confined to the cattle markets, as the selling in hogs has been relentless since early October. The contract looks as though it has a date with September lows in the upcoming sessions, but we would be watchful for any sort of short-term divergence with momentum. As we've discussed before, ships and commodity markets don't usually turn on a dime; both typically slow before making that turn and the signal is usually seen in momentum. If price can't make new lows while momentum begins to wane to the downside or even recover, a recovery attempt away from the September lows would be likely. To be clear, lean hogs need an incredible recovery to flip the scales from bearish to bullish with trade back above a corrective high of merit like $79.475 from October 18. Until that happens, a bearish policy in lean hogs remains advised with traders remaining watchful for any short-term changes in momentum as prices approach September lows.

Comments above are for educational purposes and are not meant to be specific trade recommendations. The buying and selling of grains and grain futures involve substantial risk and are not suitable for everyone.

Previous Post (It Bears Repeating: Soybean Meal Prices Are Cheap)
Next Post (There's More to the Cash Cattle Rally Than What Meets the Eye) 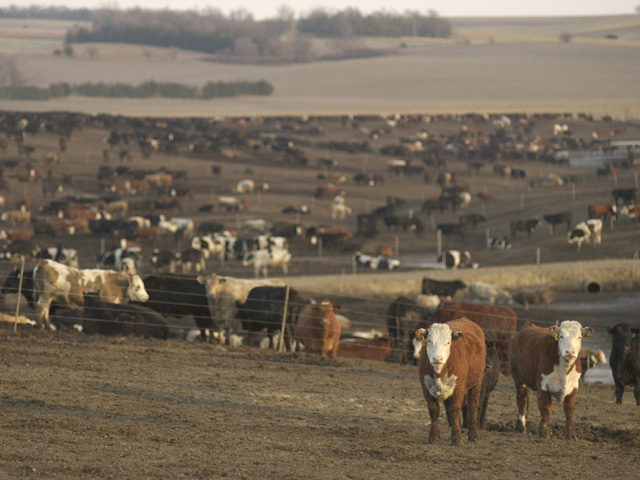