Corn planting numbers on next Monday's crop report should remain behind normal as wet weather continues through the middle of this week. However, we have been seeing signs of changes in the weather pattern going back to last Sunday, indicating a drier pattern is in the offing as we head into mid-May.

There are continued signs that the upper level trough that has been over the central U.S. much of this spring will shift eastward into the eastern U.S. This will promote a drier northwest flow on the west side of the trough. This drier northwesterly flow, combined with a strong May sun, should rapidly dry out topsoil, except in low-lying areas.

The key report for corn planting progress will be the May 20 report, which could reflect rapid progress if the weather forecasts hold. Episodes of cool weather could slow crop emergence; however, except for the far northern sector, most of the Midwest has soil temperatures high enough to support corn germination.

A drier weather pattern has already set in over the Northern Plains and is expected to continue during the next 10 days. This will improve conditions for spring wheat and corn planting, although soil temperatures remain marginal in some areas to support corn germination.

Adequate to surplus soil moisture continues in the Southern Plains, generally favoring the developing crop. A turn to near- to below-normal rainfall in the six- to 10-day period will be favorable, as continued wet weather will increase disease pressure.

The next two weeks will be important for corn planting progress. The 23% U.S. corn planted pace is the slowest start since 2013, when just 12% of the U.S. corn crop was planted by the first weekend of May. The following week (identical to the calendar this year, May 6-12) saw an additional 16 percentage points added, for a total of 28% of the crop planted by Mother's Day, May 12. The week after that -- May 13 to May 19 -- saw an explosion of progress, with 43% of the indicated U.S. corn acreage planted in just one week. So, we will now see if 59% of the intended 2019 corn acreage gets planted over the next two weeks.

That may be a tall order, considering how wet many areas are. After all, in 2013, much of the Plains and western Midwest were still recovering from the harsh drought of 2012.

Our calculation of the sea surface temperature departure in the eastern equatorial Pacific Ocean for the month of April was 0.9 degree Celsius above normal. This is down from 1.5 degrees above normal during March. 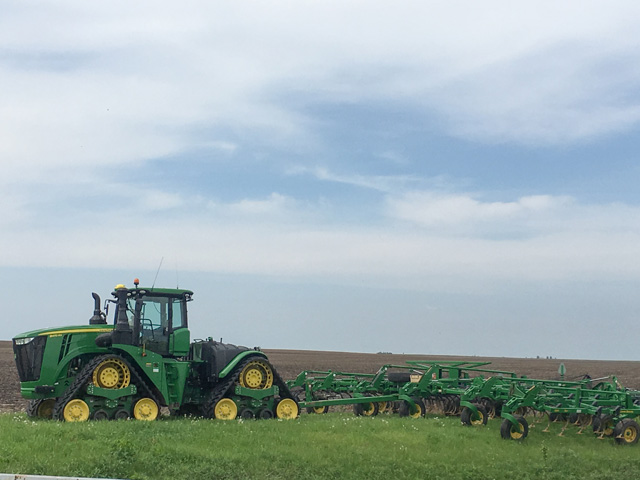