OMAHA (DTN) -- The calendar has turned to May with flooding, rather than fieldwork, at the top of many producers' list of concerns. The first few days of May saw flooding reach or surpass the previous truly high-water marks set in 1993. For example, the Mississippi River at Rock Island, Illinois, was measured at a new record-high 22.68 feet on May 3, surpassing the previous record-high-water mark of 22.63 feet set on July 9, 1993.

And, for corn planting, the flooding is a signatory of an extensively delayed planting season. Planting gains have been confined, largely, to the central and south-central Plains and portions of the western Midwest -- from south-central Iowa west and south through Nebraska, Kansas and Colorado; and, the southeastern U.S. -- Georgia and Alabama. But elsewhere, it's been too wet to work.

"We've had everything come together for this (wet trend) to happen," said DTN Senior Ag Meteorologist Mike Palmerino. Palmerino noted that features from the North Pole to the Bahama Islands have combined for wet conditions to dominate the interior U.S.

"The high latitudes have had persistent blocking high pressure, which keeps Canada colder. And, we've seen the Pacific (Ocean) send in continued disturbances to keep the pattern unsettled over the central party of the country," Palmerino said. "And then, in the southeast and the western Atlantic, there's been another area of high pressure that has given moisture out of the Gulf (of Mexico) a path to move northward into the interior of the country."

Palmerino's view is echoed by Doug Kluck, NOAA Central Region Climate Services director. "There is some similarity to 1993 conditions," Kluck said. He especially cited the persistence of the colder features in the Canadian Prairies 26 years ago that helped drive persistent rainstorms. "It's good to be aware of this ... it wouldn't take a lot to get it going again," Kluck said.

The upcoming week to 10-day period suggests more rain ahead. DTN precipitation forecast maps on May 3 placed all but the northern Midwest -- north of Interstate 90 -- with a high chance of half an inch to 2 inches total rainfall, with the middle and lower Mississippi Valley areas, along with the Ohio Valley, possibly to exceed 2 inches in total rainfall.

"There are some signs that the pattern will open up in the middle of May," Palmerino said. But, until then, field work is stymied. "A cool, wet weather pattern in the Midwest and Northern Plains during the next seven days will severely limit fieldwork and corn planting," Palmerino said.

Planting delays are now getting more attention, particularly with Illinois corn planting tabbed at only 9% complete as of April 28, compared with a five-year average of 43%; and Minnesota showing only 2% of its corn planted versus an average of 24%. (Illinois is the second-largest corn production state; Minnesota ranks fourth.) Much of the Midwest is now approaching the "late-planted" date of May 20, as identified by University of Illinois economists Scott Irwin and Todd Hubbs. Their analysis also pegs 2019 planting to join the years of 1995, 1996 and 2009 as very late-planted seasons; late enough that "there is a significantly elevated probably of a below-trend corn yield in 2019," they wrote.

The corn market is showing some trader concern about the prospect for both acreage loss and yield loss due to wet fields and flooding. DTN Lead Analyst Todd Hultman said that price rallies because of the prevailing wet conditions could actually be surprising.

"Chronic planting delays from some of the worst flooding ever experienced, at a time when managed futures funds are net short a record-high 344,185 contracts, give corn prices the potential for a bigger-than-expected bounce," Hultman said. "The risk here is that production could be lost, due to a combination of fewer acres and lower yields in high-producing states, a significant production threat not seen since 2012."

Late-spring forecast details were discussed during a DTN Planting Forecast Update webinar on May 1. A replay of the webinar is available at this link: https://www.dtn.com/…

The University of Illinois Farmdoc on late planting is available here: http://bit.ly/… 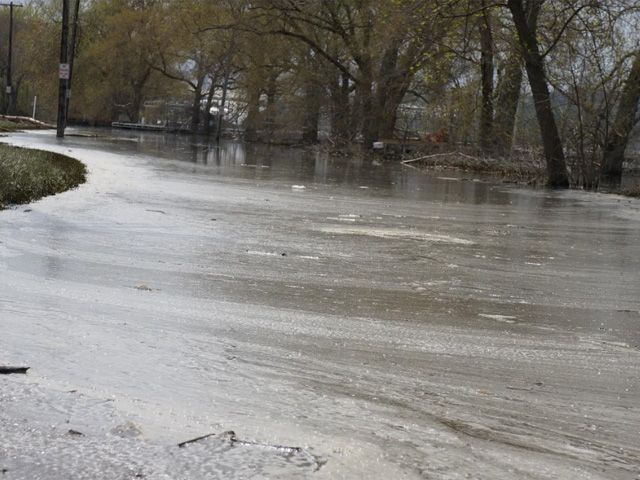