The stakes are high in the debate about farm labor and guest workers in the U.S. Senate right now.

While a Democratic-led House of Representatives passed the Farm Workforce Modernization Act in March 2021, a pair of senators have essentially been negotiating since then to see if they can come up with a bill that would get 60 votes in the Senate.

Time keeps slipping towards the November election. If the prognosticators are correct, the House will flip -- fivethirtyeight.com projects Republicans win 85 in 100 chances -- and agriculture will have to start over trying to convince a GOP-led House to allow more guest workers into the country.

A spokesman for the Utah Farm Bureau Federation reached out to DTN after Wednesday's article out of North Carolina, "NC Ag on Labor and H-2A Overhaul," https://www.dtnpf.com/…

"Any sort of operation that needs labor to function is really struggling with that," Gibson said. "We're excited that the House took up the Farm Workforce Modernization Act, but we feel there are still some real issues in that bill that make it so we can't support it. There are some issues that could, in fact, make it worse than the position that we have today."

Gibson operates a 1,500-head dairy as well as 360 acres of onions and other crops. He said on his own farm he has shifted away from some vegetables that demand more labor for crops that can be harvested mechanically.

The bill would legalize potentially hundreds of thousands of farm workers who are now working in the country illegally. Nobody actually knows how many farm laborers would be affected here. They would have to prove they have been working on farm operations for the past two years, then they would get special visas to continue working on farms. Long-term workers, those with ten or more years of work, who become certified agricultural workers, would then after four years be granted green cards, or become legal residents allowing them to move to other occupations. Others with fewer than ten years under the belt, would get that status after eight years as a certified farm worker.

So this large pool of farm workers would get the choice to go work in other industries in four to eight years.

"Now, there's a high percentage of those (workers) that may want to stay on the farm just because they love agriculture, but many of them may want to go," Gibson said. "They might choose to go to a welding shop, a mechanic, or construction or whatever it is. The unemployment rate across the country is very low, and we're fearful that they will leave, a certain percent of them anyway."

Agriculture has increasingly leaned on the H-2A program for seasonal workers, filling 317,600 jobs last year, and nearly 200,000 jobs in the first six months of fiscal year 2022, according to the Department of Labor.

The farmworker bill will provide 20,000 year-round visas, of which 10,000 positions are slotted specifically for dairy farms. Gibson, and leaders at the American Farm Bureau Federation, have opposed that cap, saying it's entirely too low.

"So the state of Idaho could use 10,000 dairy visas right now," Gibson said. "So that number is just too low."

The House bill allows the Secretary of Agriculture and Secretary of Labor to adjust the 20,000 cap after two years, but they are only allowed to raise it by 12.5% in any given year. So under that math, it would take at least six years to raise the number of year-round workers to 30,000, and a decade to get to 40,000.

In return for legalizing the workforce and providing a limited number of year-round visas, the bill also would require farm operations to use E-Verify when hiring new workers. That will lead to an unknown number of people who just won't be allowed to work. So at some point between four to eight years, farmers would be stuck with a cap, have to rely more heavily on H-2A for seasonal workers, or risk using workers illegally again.

"We'll be stuck in a worse position from a labor perspective than we are today, so that's our No. 1 concern," Gibson said.

The adverse effect wage rate (AEWR) used by the U.S. Department of Labor also raises some concerns with Farm Bureau because the legislation would allow the AEWR to increase ever year. At the same time, farmers have to supply housing and transportation for workers they bring into the country. The AEWR is different in every state, but right now ranges from $11.99 an hour to $17.51 an hour.

Gibson noted the challenge right now is much of agriculture supports the legislation outside of Farm Bureau, but he said they can't risk passing the legislation with the politics in the country around immigration, because it has already taken 30 years to get to the point where lawmakers would even consider the bill on the table now.

"Once Congress were to pass this bill, we don't think they are going to open it back up for another three decades," he said. "It's hard to do. Immigration isn't something that they like to agree on. So we're really concerned about that."

Farmers right now are struggling to retain workers, and that is also affecting the meatpacking industry and other agriculture and food-related businesses. The Food and Environment Reporting Network (FERN) on Friday reported on research from the American Immigration Council citing the challenges with labor in the dairy and meat industries. https://thefern.org/…

Sens. Michael Bennet, D-Colo., and Mike Crapo, R-Idaho, have spearheaded talks in the Senate, trying to find a compromise that would get to 60 votes on its own version of the Farm Workforce Modernization Act. Even then, they would have to see if the House would go along with their version of the bill. There's also the risk that whoever votes for the legislation would find themselves under fire before the election for passing an "amnesty" bill.

Meanwhile, the workdays for this Congress are rapidly slipping by. The U.S. Senate will go on a month-long break in early August until after Labor Day. 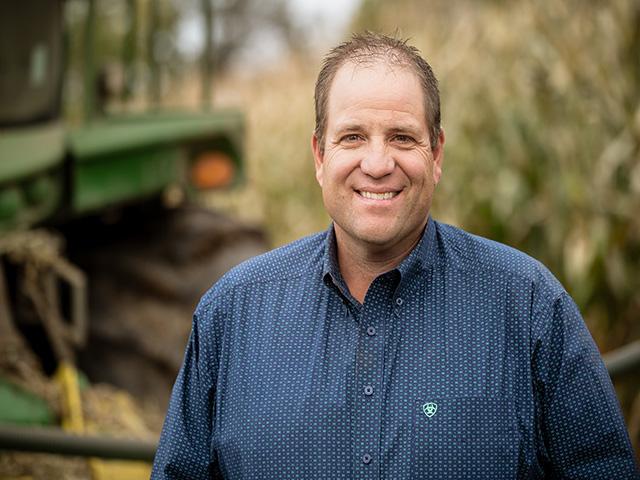