"Overall, the findings in this study tended to support the conclusion that policies on non-citizen admissions and immigration have a profound association with the economy," said Sean Maddan, the A&M professor who lead the study. "The relationships denoted above are strong, statistically significant relationships, and definitely warrant further research and consideration."

The press conference at the Capitol also was pegged to Mexican President Andres Lopez Obrador's visit to Washington as well.

The House press conference on Tuesday also included quotes and support from the National Council of Farmer Cooperatives, the National Council of Agricultural Employers, the International Fresh Produce Association, the New York Farm Bureau and the Utah Farm Bureau, and the American Business Immigration Coalition Action. Those groups too talked about the labor challenges they face.

These efforts to legalize farm workers and modify H-2A go back more than a decade -- practically at least two decades. The odds of the U.S. Senate taking up an immigration reform bill for agriculture in the last six month before a mid-term election are not good. 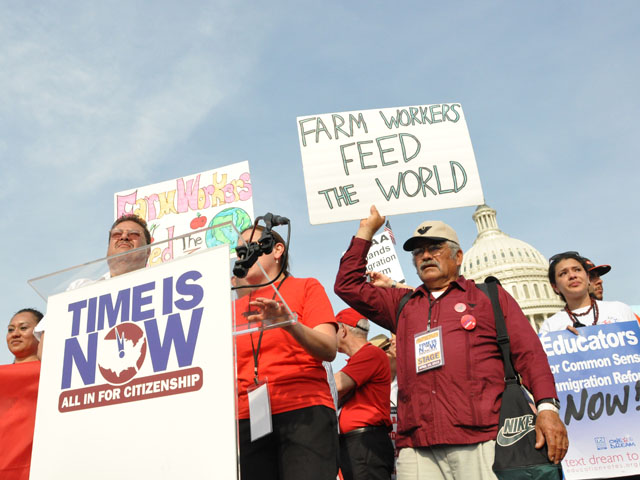