2021 was a wild one, from a tumultuous change in the White House, to continued La Nina influences on the weather, to skyrocketing fertilizer and input costs. There were also a lot of good stories to tell. As the calendar year comes to a close we asked the DTN/Progressive Farmer writing team to pick their favorite effort from the year. The stories range from fun insights into ag entrepreneurs to serious investigations into the unintended consequences of popular production methods, to life lessons learned along the way to telling the tale. Each story also includes a link to the original story, in case you missed that. Enjoy a look back, with our third story shared by Chris Clayton.

OMAHA (DTN) -- My favorite article in 2021 didn't score well in the new metrics of online journalism used to measure what readers want these days.

So, I didn't exactly set the world on fire back in June when I started writing about a relatively obscure USDA program, the Watershed Protection and Flood Prevention Program, often called PL-566 by people who are really into the weeds on the program's work.

But if you have flood problems, or your local irrigation water is running dry, or if your area small towns are in trouble with EPA over water quality, then PL-566 just might be the ticket to help deal with some of those water infrastructure needs.

I knew about PL-566 from listening to Rep. Frank Lucas, R-Okla., talk about it when he chaired the House Agriculture Committee. Clay Pope, another rural Oklahoma stalwart, had also pointed them out to me. Oklahoma is ground zero for these small flood-control structures with more than 2,100 of them scattered across the state.

So, trekking to Oklahoma in June was part of the plan. I started in Woodward, Oklahoma, and met a few amazing people. Deena Fisher, a former dean at Northwestern Oklahoma State University stuck out. I wouldn't write about Deena until late August when I needed a feature on the lack of rural grant writers.

In Woodward, I shot some photos of electric car chargers. Who in Woodward, Oklahoma, drives electric vehicles? Heading east, I was at a truck stop off a rural four-lane highway and there were more electric charging stations. There was also a combine furiously harvesting winter wheat around several wind turbines right there. These were all interesting photos I knew I wouldn't use likely until much later in the year.

Another side aspect of driving through Oklahoma and listening to people tell their tales led to an article on the state's marijuana boom. I took about a dozen photos of dispensaries. Since voters passed medical marijuana, the state had licensed more marijuana growers than there are growers in the state. At least some of it is a little suspicious. And I just could not get that Merle Haggard song out of my head.

Along with my interest in PL-566, one reason I was in Oklahoma was the high number of minority farmers in the state. Congress had passed a debt relief provision for minority farmers back in March. There were immediate lawsuits from white farmers, and that debt relief remains gridlocked in court. Jared and Sheila Wilson, members of the Muscogee (Creek) Nation had gotten an FSA loan that was supposed to be paid off. It hasn't happened yet.

See "Loan Debt Relief Tied Up in Court" at https://www.dtnpf.com/….

Besides showing me their cattle herd, the Wilsons also showed me the kind of destruction feral hogs can do.

I finally ended up in Stillwater, Oklahoma, to talk about how some earthen dams had saved millions of dollars in damages to downtown Stillwater when a torrential downpour hit the area in May 2019. I ended up taking the PL-566 projects and tying them to the drought in western states, and a push by agricultural groups in Oregon to expand PL-566 as part of the infrastructure bill that ended up passing Congress and being signed into law in November.

So, barnstorming for one week across Oklahoma I ended up writing at least four articles and collecting some extra photos I would end up using for other articles down the line. What really stands out, though, was the Golden Dragon in Stillwater. Like a lot of people who travel, I ask hotel clerks and others about the best place to eat in town. I was somewhat disappointed when a young hotel clerk said the Golden Dragon. After all, nearly every town of more than 5,000 people has a Golden Dragon or Oriental Palace. But I still ended up going to the Golden Dragon in Stillwater that night and I can safely confirm that the Stillwater Golden Dragon is the best I've ever had the pleasure to visit. I have great appreciation for any Asian food place that offers you a scale for spice level of your General Chicken.

That week in Oklahoma, capped by my piece on a relatively minor USDA watershed program, is my favorite stretch of articles because I was fully vaccinated and ready for a week of travel again -- outside the confines of a convention hall. I had been cooped up way too long because of the pandemic. So, getting a rental car and driving from Omaha to Woodward, trekking to Muscogee Nation, then on to Stillwater before shooting back up I-35 and paying the tolls in Kansas just to test out the accelerator all made me feel like a normal journalist again.

Hopefully at least some readers found value in the articles out of that trip as well. 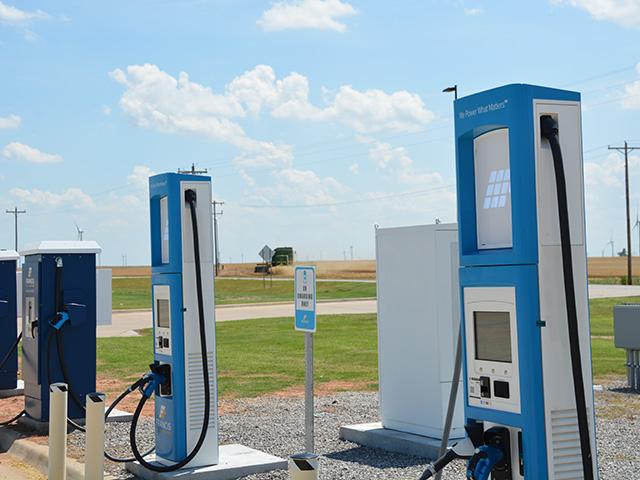