Each year, DTN publishes our choices for the top 10 ag news stories of the year, as selected by DTN analysts, editors, and reporters. This year, we're counting them down from Dec. 19 to Dec. 30. On Jan. 1, we will list some of the runners-up for this year. Today, we continue the countdown with No. 4: new packing plants pointing to long-term shifts for cattle business.

BIRMINGHAM, Ala. (DTN) -- It was big news in late 2021, when a beef processing plant was announced in North Platte, Nebraska. This plant, Sustainable Beef LLC, would be built on what was described as a "cooperative business model" with profits passing back to members. One of the largest new plants announced to date, with a planned 1,500-head daily capacity, Sustainable Beef was part of a trend toward new processors across the country that were announced throughout 2022.

What's been behind all of this? Many analysts believe COVID-19 caused a paradigm shift, as Americans experienced for the first time in their lives the sight of empty grocery shelves. It became clear that concentrating meat and poultry processing in a handful of large companies was an issue of national security.

The Biden-Harris Action Plan was announced as a result, with President Joe Biden signing an Executive Order on Promoting Competition in the American Economy, in July of 2022. The plan noted that four large meat packing companies control 85% of the beef market; four processing firms control 54% of the poultry market; and four processors control 70% of the pork market. This level of concentration created a bottleneck in the food chain during COVID.

In November 2022, USDA attached $223 million in grants and loans to the problem, with Agriculture Secretary Tom Vilsack noting that the grants would go to 21 meat-processing projects in what he called the first round of the Meat and Poultry Processing Expansion Program. Biden said in a 2022 meeting with producers that his administration plans to invest as much as $1 billion to expand competition in the U.S. meatpacking industry.

Will more processing space be a positive for the beef industry? Basic supply-demand economics says it should be good for business, because more buyers will be competing for cattle. The long-term question is whether the business model can sustain itself. There is a reason the beef business became concentrated in a handful of processors. There's not a processor anywhere that can stay in business if it can't procure cattle at a cost that will allow it to make a profit. More competition will be good for cow-calf producers in the short term, there's no doubt. But it will take a delicate balancing act to keep the doors open long-term at this growing list of meatpackers and processors.

To read some of DTN's coverage on this issue, see these articles:

No. 5: "Soy Crush Plants Give Long-Term Support to Bean Markets," 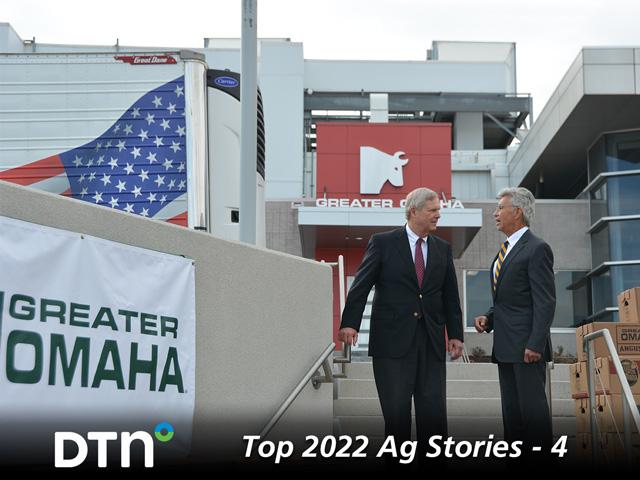