Each year, DTN publishes our choices for the top 10 ag news stories of the year, as selected by DTN analysts, editors and reporters. This year, we're counting them down from Dec. 19 to Dec. 30. On Jan. 1, we will list some of the runners-up for this year. Today, we continue the countdown with No. 6: The Inflation Reduction Act, passed in August, includes a historic investment of $369 billion for climate initiatives, including about $19.5 billion for USDA conservation programs meant to champion climate-smart practices.

OMAHA (DTN) -- After more than a year and a half of negotiating with members of his own party, President Joe Biden got his signature climate legislation when Congress approved the $739 billion Inflation Reduction Act back in August.

The act includes a historic investment of $369 billion for climate initiatives, including about $19.5 billion for USDA conservation programs meant to champion climate-smart practices. The climate provisions in the law are expected to help lower greenhouse-gas emissions in the U.S. economy 40% below 2005 levels by 2050.

For a long stretch it appeared a bill meant to incentivize renewable energy could not clear Congress because of infighting among Democrats, especially in the Senate where Democrats could not afford to lose any votes. After months of talks, the bill finally passed both chambers of Congress along party lines as Republicans pointed to high inflation facing Americans and used the bill as a campaign talking point against Democrats.

The IRA is the biggest climate act in the country's history, but USDA also moved in 2022 to jumpstart climate-smart incentives for farmers. After initially announcing plans for a $1 billion grant program, the Partnership for Climate-Smart Commodities, Agriculture Secretary Tom Vilsack expanded that funding last fall to top $3.1 billion. USDA has announced more than 140 climate-smart project grants. The goal of those programs is to help incentivize farmers and ranchers to lower emissions and sequester carbon in the soil.

"This is a really, really important day for American agriculture," Vilsack said in September. "I just hope people understand the significance of what we're doing here."

All told, the Partnership for Climate-Smart Commodities will involve more than 60,000 farmers and 25 million acres. USDA projects the project will amount to more than 60 million metric tons of carbon dioxide or equivalent sequestered. That's about the same as removing 12 million vehicles from the road for a year.

Americans will start to see tax credits for heat pumps, rooftop solar panels and electric cars. The tax credits for EVs could go as high as $7,500, though more likely will average about $4,000. Companies will also get tax credits to install more EV charging stations nationally.

While biofuel groups continued to raise concerns over the Biden administration's fixation with electric vehicles, the Inflation Reduction Act also is a big deal for the renewable fuels industry. The law extended tax credits for biodiesel and also created a new renewable fuels infrastructure grant program. The law also opens up biofuels to create Sustainable Aviation Fuel (SAF) through new tax incentives. The SAF tax credits, in the short-term, could run as high as $1.75 a gallon. A new Clean Fuel Production Credits will run from 2025 to 2027.

"When it comes to ethanol and other renewable fuels, this bill represents the most significant federal commitment to low-carbon biofuels since the Renewable Fuel Standard was expanded by Congress in 2007," said Geoff Cooper, president and CEO of the Renewable Fuels Association when the bill passed Congress in August.

Talking about projects that will work on sustainable aviation fuels, Vilsack recalled earlier this month a conversation with the president of United Airlines who was pushing for such fuels to help airlines reduce their emissions.

"America needs an opportunity to create leadership in a lower carbon-based fuel," Vilsack said at an event at Tuskegee University in Alabama.

The IRA supports the biogas industry through a system of tax credits and will drive more biogas production from food waste as well as manure from cattle, chickens, hogs, as well as wastewater.

At least $4 billion in the act goes to deal with drought relief in the Colorado River Basin.

At least $5 billion will be used for forest management, including about $2.15 billion for funding to reduce dead wood and other vegetation that would be fuel for forest fires. Another $2.75 billion will go toward urban areas and other non-federal forests to develop incentives such as carbon sequestration in those areas.

Companies championing carbon pipelines were also rewarded in the legislation. The 45Q tax credit for industrial carbon sequestration will be extended for projects that begin construction before 2033. The tax credits were also increased from $50 a ton to $85 a ton.

The Congressional Budget Office (CBO) estimated the IRA would reduce deficit spending by $237 billion over the next 10 years.

The impact of the IRA is being felt in Europe as well as the U.S. The Financial Times reported in mid-December that European leaders are now forced to match the U.S. subsidies for green energy as well. European leaders have complained that the IRA created an unfair competitive advantage that was causing European countries to invest more heavily in the U.S. 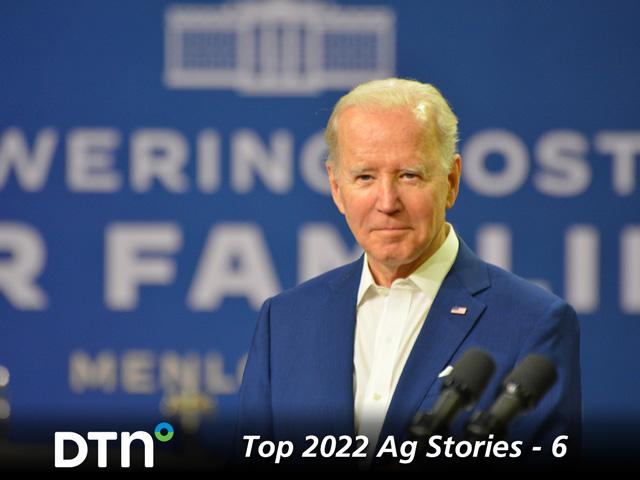