OMAHA (DTN) -- Walmart's move into the beef meatpacking business announced on Wednesday marks a new shift of vertical integration for the country's largest big-box store and the cattle industry.

Walmart signed an agreement for a minority stake and board representation in Sustainable Beef LLC, a $325 million planned beef packing plant that will process 1,500-head a day in North Platte, Nebraska, where Walmart already operates a major distribution center.

The investment from Walmart locks in Sustainable Beef's funding, allowing the project to start moving dirt this month and set a target date to open in late 2024, Walmart stated. For Walmart, the investment helps lock in beef supplies for some of their retail stores after facing tighter meat supplies and high boxed beef prices over the last two-plus years.

"At Walmart, we are dedicated to providing high-quality, affordable beef to our customers, and an investment in Sustainable Beef LLC will give us even more access to these products," said Tyler Lehr, a senior vice president of merchandising for Walmart U.S.

Sustainable Beef was organized two years ago by a group of feedlot operators and ranchers concerned about market access at other meatpacking plants.

With Walmart's backing, Sustainable Beef's project gets a leg up on a series of independent proposed packing plants looking to add capacity to process anywhere from 6,000 to 14,000 head a day -- depending on which facilities can get off the ground.

In neighboring Iowa, the developer of Cattlemen's Heritage Beef Co., near Council Bluffs, Iowa, said the news that Walmart is investing in Sustainable Beef reflects how regional packers will operate separately from the Big Four.

For these midsized regional plants, Tentinger said a partnership with a retailer is the future of the industry. What is critical, though, is that the feedyards remain diverse and owned by smaller independent cattle producers, he said.

"We don't want to be in a position sometime down the road where the retailers own the plant and go down to owning the feedlots also," Tentinger said. "We don't want full vertical integration." He added, "Here in Iowa, Nebraska, South Dakota, in this area, we still have an overwhelming majority of farmer-feeders and I think we take it for granted that it's always going to be that way."

Still, Tentinger said his team has been talking with a lot of different potential investors and buyers, including retailers. He expects investment for Cattlemen's Heritage to be completed later this fall. Tentinger said he was excited to see Sustainable Beef moving forward.

"It's great for our industry and the more plants the better," he said. "We will be joining them very soon and I do absolutely believe that the future of these plants is retail partnerships," he said. "I think every retailer in the country today, after yesterday's announcement, is looking into some sort of partnerships at this point."

Earlier this summer, Cattlemen's Heritage rolled out a novel program to sign up producers by guaranteeing them shackle space for ten years at the packing plant in return for an upfront deposit of $50 and a $200 payment per shackle once Cattlemen's Heritage secures its final financing. Producers would get back $50 per head on delivery of the cattle.

Sustainable Beef and Cattlemen's Heritage aren't the only projects independent of the Big Four now looking to carve a niche into the packing industry.

In mid-August, Texas officials celebrated the announcement of Producer Owned Beef LLC, a planned $670 million packing plant that would be built near Amarillo. The project was awarded $12.2 million from the state and is expected to employ as many as 1,600 people once up and running in 2025. That facility is expected to process as many as 3,000 head daily, according to the Amarillo Globe-News. Producer Owned Beef is backed by 125 producers from Texas, Oklahoma and New Mexico, the newspaper reported.

"'Made in Texas' is a powerful global brand and continues to attract investment from companies serving crucial industries," said Texas Gov. Greg Abbott. "Producer Owned Beef's selection of Amarillo for its new beef processing plant further reinforces the Panhandle as a leader in U.S. beef and beef production and will create over 1,500 new jobs and millions in investment for the region. We welcome Producer Owned Beef to Amarillo and look forward to working with the company to keep Texas the economic engine of the nation."

In Rapid City, South Dakota, developer Megan Kingsbury has proposed a $1.1 billion packing plant, Western Legacy Development Corp., that would process as many as 8,000 head a day, which would make it the largest-single packing plant in the country. The project has raised a lot of questions about availability of cattle, location and backing, but Kingsbury has been working with the South Dakota Stockgrowers Association and Farmers Union Industries on the project.

Not everybody is on-board with that vertical integration model with large retailers.

"It's a dream for Walmart to be able to vertically integrate the cattle industry," said Mike Callicrate, a Kansas producer who processes his own cattle and hogs and a longtime critic of large packers.

Callicrate noted Walmart's minority stake comes after food retailers found themselves paying record prices for boxed beef. That reversed years in which the retailers had been in charge and dictated how much they were willing to pay for protein.

It could become a "clash of the Titans" as the large packers square off against retailers now getting more into their industry, Callicrate said.

Callicrate raised concerns about all the high-cost investments in regional packers and whether that will lead to more opportunities for producers or a greater push to drive down prices.

"Let's build more local and regional food systems that serve communities instead of corporate profits," Callicrate said. "Build more smaller facilities all over the place. Now you are increasing the income for the farmer-rancher and giving consumers a way better product."

On Wednesday, USDA also announced it was awarding $21.9 million in grants to 111 smaller livestock and poultry processors, boosting total awards to $54.6 million under the Meat and Poultry Inspection Readiness Grant Program.

The funds released Wednesday will go to significantly smaller operations than Sustainable Beef, Cattlemen's Heritage and Producer Owned Beef. Still, USDA is expected to announce roughly $425 million in larger grant and loan awards sometime before the end of the year through multiple meat and poultry processing programs. 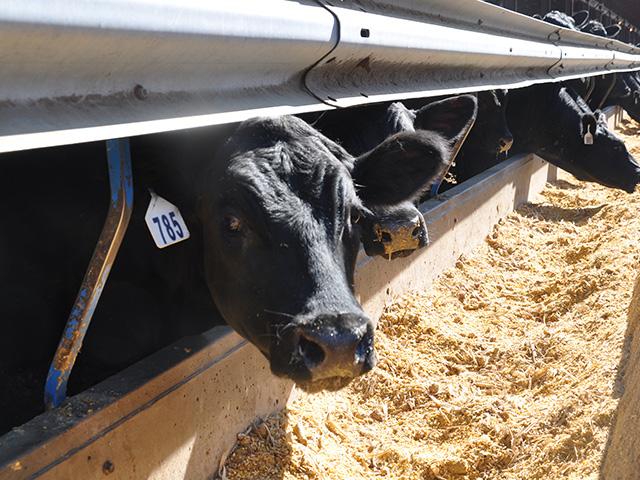