The impact rippled across the Plains this week as many grain elevators stopped issuing bids or accepting offers from farmers to sell wheat.

"Prices are getting so high they just aren't serving the physical markets," DTN Lead Analyst Todd Hultman said. Until there's some resolution to or at least a better understanding of the situation in Ukraine, there's little that could change the market's direction. "Fear has gripped the market in a big way."

Last week's CFTC Commitments of Traders report showed speculators held more than 100,000 short positions, which means they need to buy a contract to close that position. With wheat futures locking at limit up or trading near limit up each day, there have been few opportunities for those traders to cut their losses.

"That's a huge painful amount. Every dollar that market goes up, they're losing over $500 million dollars in total. That portion of the market is what's getting squeezed," Hultman said.

Traditional explanations of economics assume that there are two parties involved in markets. Buyers and sellers or producers and consumers interact to arrive at an equilibrium price, he said.

"Markets don't always abide by textbook behavior, like when fear becomes so great it scares one side out of the market, and in this case, it's scaring everybody that's on the short side of the market," he said. "It's like playing a football game where one team doesn't show up. The other team just runs up the score. That's what's happened here. In my book, that's the definition of a broken market."

Other grain markets have made sizeable moves this week, but none on par with the disruption in Chicago wheat. May corn futures, for instance, increased 15%, while May Minneapolis wheat futures were 18% higher. May soybeans only gained 5% for the week.

Wheat markets started trending higher in 2020, mostly drifting on corn and soybeans' tailwinds as Chinese demand pushed those prices up. In 2021, drought led to the smallest U.S. crop in 19 years. As Russia began positioning troops on Ukraine's border and concerns about conflict grew, so did worries about Ukraine's ability to export. Ukraine is the world's largest exporter of sunflower oil, third-largest exporter of barley and fourth-largest exporter of corn and wheat. For more on the bullish trifecta, please read this week's Todd's Take column here: https://www.dtnpf.com/….

"Now I think the obvious threat is, are Ukrainians even going to be able plant crops in 2022? Will it be safe to harvest wheat? And where do you go with it?" Hultman said. Global backlash against Russia could limit how much of its wheat is purchased on the world market. While it will be interesting to see how USDA economists account for the war in next week's World Agricultural Supply and Demand Estimates report on Wednesday, Hultman said the situation is so fluid that he doesn't think the market will give the report much weight.

In the near term and perhaps longer, customers will have to go to other sources for their wheat needs, Kansas Wheat CEO Justin Gilpin said. That adds pressure to U.S. producers, many of whom are facing drought conditions themselves.

"This extreme market volatility has led to wheat futures decoupling from cash markets, adding to the uncertainty growers and grain handlers are faced with," he said in a news release. "Producers are trying to offset the inflationary costs they're dealing with on chemical and input sides. We already were facing some of the highest fertilizer prices and chemical inputs costs we've seen before this event transpired, but now with everything that's unfolding, it's just going to put that much pressure on production, not just in the U.S., but around the world."

That pressure on production has prompted some speculation as to whether USDA will open Conservation Reserve Program acres for cropping. You can read more on that here: https://www.dtnpf.com/….

If more CRP acreage were to be made available for growing crops in 2022, that comes with additional concerns. Most of those acres are marginal ground that would require a substantial amount of fertilizer to be productive.

Fertilizer prices, already at record levels before the war, could get even worse if the war drags on. Russia and its ally, Belarus, account for 42% of global potash exports. Russia is also a top producer of natural gas, the main ingredient in anhydrous ammonia. For more on fertilizer market disruption, please read: https://www.dtnpf.com/….

"I always take the responsibility of raising a wheat crop seriously, but realizing so many acres of wheat in Ukraine and Russia may be disrupted, or not available to the rest of the world, makes the job of raising this year's wheat crop feel more important than ever," he said. 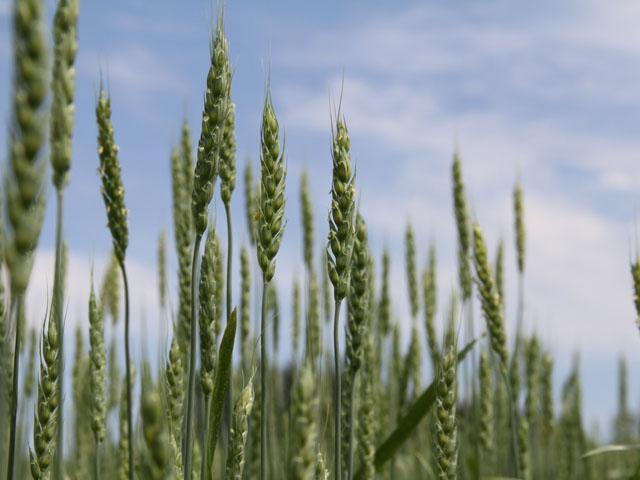