ROCKVILLE, Md. (DTN) -- It should be a celebratory fall for Justin Honebrink.

To his relief, the west-central Minnesota farmer is harvesting unexpectedly average crops, after August rains breathed life back into his drought-stressed corn and soybeans. But instead of riding that high, Honebrink -- like many farmers this fall -- is rushing to lock in fertilizer months ahead of usual and eyeing chemical shortages and costs with growing anxiety.

"Chemical costs are starting to scare me," he said. "I don't normally look into chemicals until closer to spring, so I am just not ready right now to get things taken care of."

The rapid surge in fertilizer prices and growing shortages of key active ingredients like glyphosate and glufosinate are overshadowing an above-average harvest for many growers this year, DTN Farm Advisers told DTN. The group, which updates DTN on their farm and ranch operations by email monthly, said the situation was taking a toll on their balance sheets and peace of mind. It's hard to enjoy the fruits of one crop, after all, while watching the costs of the next one soar.

"These (fertilizer) prices are the highest I have ever seen in my 10 years of doing this job," said northwest Iowa farmer Jay Magnussen, who works at a local co-op and is seeing short supplies of DAP and potash, as well as anhydrous ammonia (NH3). "Going forward, the main concern I see with next year's crop is chemical availability and price -- I have seen price increases every week, if not every day," he added.

A HARVEST WORTH THE WAIT

Harvest had wrapped up for some Farm Advisers in Colorado, Idaho, Michigan, Indiana and Alberta, Canada. But most were working their way through their final acres of corn or soybeans, with cotton harvest just getting underway in the Texas Panhandle.

In northeastern Nebraska, Kenny Reinke winced while harvesting soybeans at 8% moisture, but he is seeing some fields make farm history, and some corn yields are also "possibly bumping up against record territory," he noted. Fellow eastern Nebraskan Ashley Andersen said it was a relief to have a new bin up and running last week, as they will need the storage for this year's big harvest. "The guys were trying to calculate an estimate of how many extra loads will have to go to town that won't fit," she said. "So that's always a good problem to have!"

Likewise, Scott Wallis blew past his farm's record yield average by 17 bushels per acre (bpa) this year, and the soybean record inched up by 1 to 2 bpa, in southwest Indiana. Iowa's Magnussen said August rains amazingly pushed corn yields in his droughty area to a healthy 250 bpa, with soybeans coming in at 70 bpa or more. And while Reid Thompson was a little underwhelmed by some corn yields in east-central Illinois, he did have a third of his farms set records, and soybeans are looking above-average, too.

Things were more disappointing for north-central Missouri farmer Kyle Samp, whose soybeans will yield above his farm's APH, but below past years and whose corn yields are highly variable but consistently lower than expected. And no one was faced with a tougher year than southeastern Idaho farmer Dan Lakey, who had to wait for a foot of snow to melt off his flattened flax fields before he could harvest it this month. Although the flax rallied and did OK, the rest of his dryland crops were fried by drought. "Yields were the worst our farm has experienced since 1977," he said.

NAVIGATING INPUTS FOR NEXT YEAR'S CROP

DTN Farm Advisers are finding three distinct paths through the ag input madness this fall. Some are doing fall fertilizer applications -- sometimes for the first time -- and buying ag chemicals in anticipation of tight spring supplies.

That includes Idaho's Lakey, who applied 100% of his winter wheat and canola fertility program this fall for the first time ever, and who will try to apply some to his spring crops ground if the weather allows yet this fall. Likewise, in Illinois, Thompson found that anhydrous ammonia was penciling out better than spring UAN, so he decided to change things up. "We have normally stayed away from fall N," he said. "But with the price spread of nearly $0.20 cheaper for NH3 versus UAN, we are moving to 40% of our N in the fall. And I should have all of my spring UAN in my tanks by tomorrow."

Another group are avoiding fall fertilizer applications, either by routine or in reaction to high prices, but still locking in some spring nutrient and chemical inputs. That includes Colorado's Arnusch, who fears being locked into a corn crop via nutrient levels, while irrigation supplies are so uncertain and his corn balance sheets barely break even. But he's stocked up on many herbicide needs for next spring. In Nebraska, the Andersen family is following a similar route, buying and storing some P and K, while watching nitrogen prices anxiously for the spring.

And yet a third group is sitting tight, watching and waiting and hoping prices level out and a saner supply chain dynamic prevails.

"This may age like milk on a summer day, but I've been dragging my feet on fertilizer," said Missouri's Samp, who wants to stick to his split spring applications. "I never want to be panic buying when we are at or near all-time highs. It feels to me like there is more risk to the downside than up." He's joined by Nebraska's Reinke, who just can't bring himself to pull the trigger on the pricey spring fertilizer contracts he's seen yet and decries the "price gouging just due to unknown risk" that he is seeing on herbicides. "Our hope is that lots of NH3 gets applied this fall in traditional places, so it takes some pressure off of UAN and urea next spring," he said.

At least three Farm Advisers said the fertilizer costs were pushing them to pencil in fewer corn acres next spring, in favor of wheat or soybeans. But most are staying the course for now, sticking with tried-and-true crop rotations that supply important agronomic benefits such as weed and pest control.

"There's a lot of unknowns in our livelihood right now and it's pretty terrifying," admitted Nebraska's Andersen. "I don't see it settling down anytime soon. We just keep doing what we know how to do, and hopefully it will all level out soon."

See where the DTN Farm Advisers were at this time last year here: https://www.dtnpf.com/…. 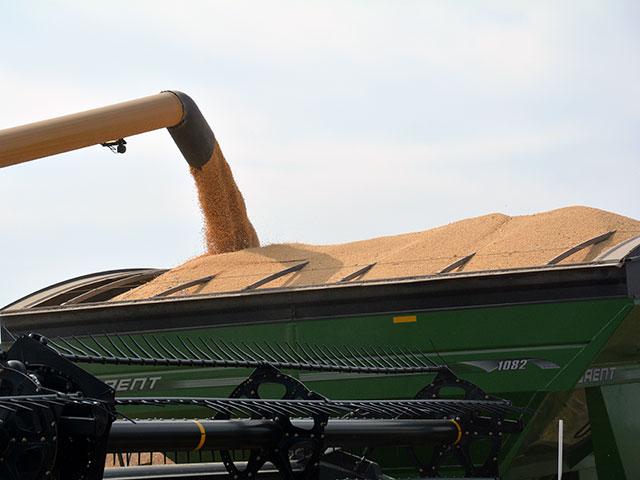