ROCKVILLE, Md. (DTN) -- In the chaotic year of 2020, what better way for October to end than with U.S. farmers simultaneously enduring a snowstorm descending through the North and a tropical hurricane spinning up from the South?

Oh, and don't forgot about the western fires raging, that pesky pandemic still infecting and a contentious presidential election looming.

So perhaps the biggest surprise is just how well harvest 2020 is going for many of the nation's farmers.

The country's corn and soybean harvest surged well ahead of its average pace this month, with nearly three-quarters of the corn crop and 83% of the soybean crop in the bin at the beginning of the week, according to USDA crop progress reports.

Perhaps even more surprising are the solid yields being reported by many farmers in this month's DTN Field Roundup, alongside a fall market rally allowing growers to lock in profits at a time when commodity prices would typically bottom out. The DTN Agronomy Advisers, a group of trusted producers who share details on their operation and current events, also reported more time than usual to tackle the usual host of fall field activities, from sowing cover crops and spreading fertilizer to putting up temporary cattle fencing.

HARVEST RACES AHEAD ... FOR MOST

Dry weather this fall has enabled farmers in many states to race through fall harvest with uncharacteristic ease. Agronomy Advisers in Missouri, Nebraska, Kansas, Minnesota, Oklahoma and Indiana reported steady and sometimes swift progress this month.

"Our weather this fall was incredible, said Scott Wallis, who farms in southwestern Indiana. "From Sept. 10, the day we started harvest, until the end, we only had one rain event of 0.65 inches."

In north-central Missouri, Kyle Samp ended last week with some impressive farm stats. "We've been able to combine 31 out of the past 32 days," he marveled. "It's been a long time since we've had a fall this open. We have about a week left of work, and we should have harvest completed."

The cold front that swept across the Midwest and Great Plains this past weekend, bringing snow and other precipitation, didn't even faze northwestern Missouri farmer Bob Birdsell, who said the brief break in the harvest sprint should give local elevators time to catch up on moving grain -- and hopefully give him such much-needed moisture for fall cover crops.

In southern Minnesota, Mark Nowak agreed that the weekend's stormy weather shouldn't stall the combines around him too long. "I have one-third of my corn crop left to harvest," he noted. "But the DTN local 15-day forecast shows hope for an extended dry and sunny period. So no panic yet about finishing up harvest."

However, where droughty conditions settled in earlier this summer, the dry fall and rapid harvest was not greeted quite so contentedly. In northeastern Colorado, Marc Arnusch noted that the continued dry weather has allowed historically bad wildfires to continue to whip across parched western states, including his own.

"We could use the moisture and the lower temperatures to help put a lid on the rampant forest fires that are decimating our state," he said. "One fire grew by more than 100,000 acres in a 24-hour period, and the smoke from those fires has made our community look like a scene on Mars."

In the Eastern Corn Belt, in contrast, northwestern Ohio farmer Genny Haun is getting bogged down in late-season moisture that seemed to mock her region's late-summer flash drought. "I told someone over the weekend, we couldn't buy a rain this summer; now we can't sell one!" she lamented.

Farther south, farmers are bracing as yet another hurricane spins toward the Gulf Coast, the third and even fourth tropical system to hit some Delta farmers. "It looks like Tropical Storm Zeta will make landfall as a hurricane," said eastern Arkansas farmer Charles Williams, who weathered both Hurricanes Delta and Laura earlier this year. "We're hoping it stays well to the east of us. At the same time, we have a front that will be coming through bringing rain chances with it. We could see upwards of 2 to 3 inches that we would prefer to do without."

Most of the Agronomy Advisers reported good to above-average yields, often to their own surprise, given the rollercoaster of weather many rode this year, from a wet spring to flash droughts in July and August.

Ohio's Haun was pleasantly surprised by soybean yields, as were farmers in Nebraska, Minnesota, Oklahoma and Indiana. However, several farmers noted that soybeans podded low and stayed short, produced a range of soybean seed sizes. Both phenomenon are the results of the season's unusual weather swings, as DTN previously reported here: https://www.dtnpf.com/… and here: https://www.dtnpf.com/….

Corn yields also stood out, surprising Missouri's Samp and helping push Indiana's Wallis to his second-highest farm-wide corn and soybean average yields this year. Quality was good for most, although Ohio farmers Haun and Keith Peters, who farms in central part of the state, reported stubbornly high corn moisture, as did Samp in Missouri.

Only in the driest regions, such as Texas and Colorado, did farmers report poor crop performances. Arnusch watched dry weather slowly steal good early season yield potential in eastern Colorado. "2020 has been a marathon to say the least, but our crop decided to quit running four miles from the finish line," he said. "Wheat and barley yields were off by about 30%, while our silage and grain corn yields lagged behind by as much as 30 to 40%."

While irrigated cotton is looking great in the Texas Panhandle, some context is required, said Mike Lass. "We lost 550 acres of dryland cotton to drought; we have 40 acres of irrigated cotton remaining," he explained. "The guys that have good irrigation water are going to hit a home run. The cotton is fantastic, good grades and yield -- just not a whole lot of acres."

There's no verdict yet on how the newly emerged winter wheat crop weathered the bitter cold that descended on parts of the Southern and Great Plains this weekend. Kyle Krier was enduring 5-degree Fahrenheit wind chills in central Kansas on Monday. "I had an underdeveloped (wheat) root system due to drought as well as having some that isn't even up yet," he said. "Time will tell how it did through the past 24 and next 24 hours. There is not much snow for insulation at this point."

The speedy harvest was giving some farmers an unusually wide-open fall to tackle fieldwork and winter prep. Cover crops were a common activity. Bob Birdsell was finishing up his operation's most ambitious cover crop program to date.

"The Missouri Department of Conservation is helping with some blends that we tried with cereal rye, oats, turnips and radishes flown on into standing corn in September," he said. "We still have some to put on after we get the rest of our beans out."

Livestock was another common focus among the Agronomy Advisers. Nebraska's Reinke was stringing electric fence to move cows onto corn stalks, and Texas's Lass has been busy all fall weaning, working and selling calves. "Prices were all over the board, but the average was good," he reported. "We'll call 2020 a win for the cow side of our operation."

Weed control was top of mind for some growers who watched waterhemp fill in wet spots and break through herbicides in 2020. "My biggest field issue this year was the awesome strength of waterhemp to grow through a couple of chemical applications," said Minnesota's Nowak. "I'm planning to try some Enlist soybean seed for the first time for 2021." 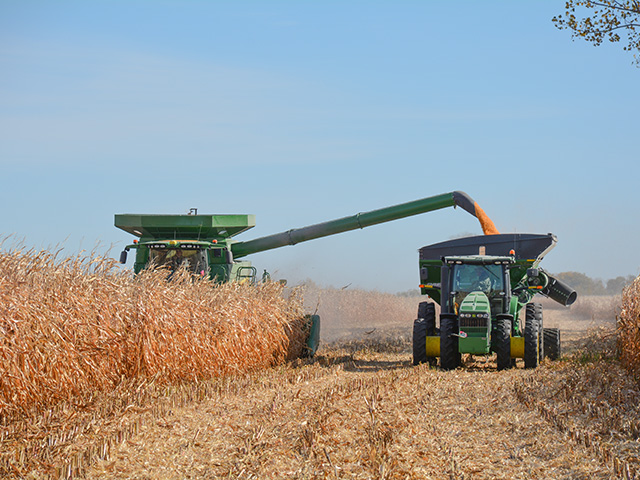