COMEX gold closed lower last week after once again failing to move beyond its series of weekly highs near $1,365.40. While I continue to see a bearish weekly chart, certain rules and old sayings are starting to create a shadow of a doubt.

There is also my market analysis Rule #4B: A market that can't go down won't go down. I've been looking for a substantial break in gold since the establishment of its secondary (confirming) bearish crossover by weekly stochastics the week of January 29. Yet the most active month has been unable to push through support. If this next sell-off, the one indicated by this past week's bearish close, fails to generate increased selling momentum Rule 4B might come into play.

On the other hand, if gold moves below its previous low of $1,303.60 it would be set for an extension of its secondary (intermediate-term) downtrend back to support near $1,243.30. 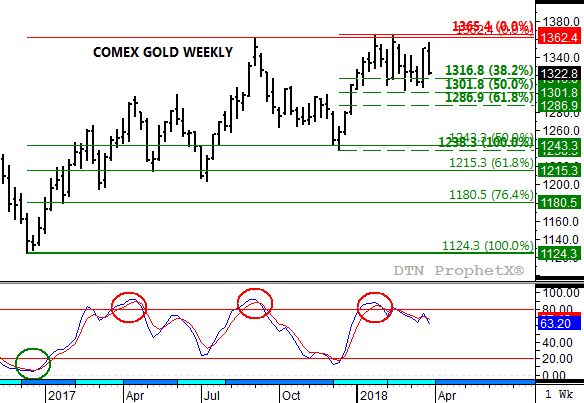