From all appearances, and judging by recent rainfall totals, Argentina's primary crop areas have completely recovered in soil moisture supplies after a harsh drought in the 2017-18 crop season. The 2018-19 year is starting out with favorable soil moisture.

Here's how the USDA weekly crop and weather bulletin described the Argentina situation for the week of Nov. 4-10:

"Locally heavy showers maintained overall favorable prospects for corn and soybeans. In central Argentina, rainfall totaled 10 to 50 millimeters (.5 to 2 inches) or more in Cordoba, La Pampa, and most production areas of Buenos Aires; drier conditions prevailed from Entre Rios to Uruguay. Heavier rain (25-50 mm or 1-2 inches most locations, locally reaching 100 mm or 4 inches) fell farther north, further improving moisture reserves for summer grains, oilseeds, and cotton. Weekly temperatures averaged 1 to 3 degrees Celsius above normal throughout Argentina's agricultural areas, with daytime highs ranging from the lower 30s (degrees C) in La Pampa and Buenos Aires to the upper 30s farther north. Nighttime lows cooled to the low single digits in southeastern Buenos Aires but no freeze was recorded. According to the government of Argentina, sunflowers were 82% planted as of Nov. 8, 5 points ahead of last year's pace; additionally, corn was 52% planted versus 44% last year. In addition, soybean planting was reportedly advancing in central Argentina, though no national statistics were available."

Rains did continue early this week. Some local areas of the central Argentina crop region had around 10 inches of rain; obviously, this caused a mud problem and likely delayed planting during the Nov. 11-17 week. But, the pattern is much more generous on the rainfall side than it was a year ago. And, if El Nino does become an influencing factor in the next several months, the heart of the Argentina growing season could feature more rain during corn pollination and soybean flowering. 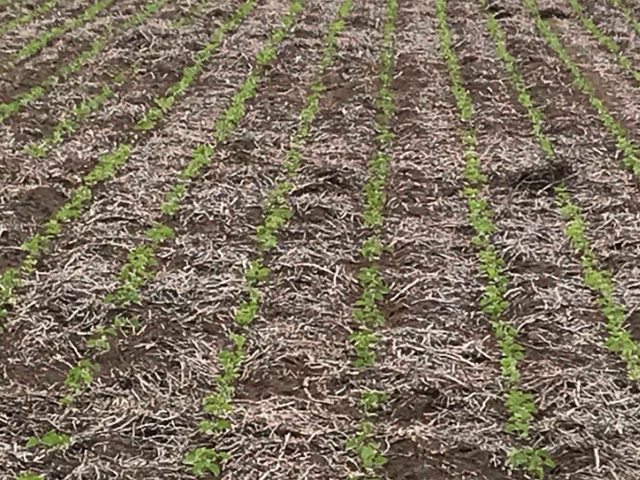