SAO PAULO, Brazil (DTN) -- China and U.S. trade relations have greatly shaped Brazil's soybean export market in the past two months. Basis is currently weakening for Brazilian sellers since the U.S. and China agreed last week to dial back the trade rhetoric.

July soybean basis (Paranagua paper market) traded May 25 at 74 U.S. cents per bushel, or just over half the basis compared to the same day last month.

"The U.S.-China commercial tension ends up placing Brazil in the spotlight. What we saw this year was a skyrocketing of premiums when the U.S. threatened to tax goods imported from China ... (at) 25%. We saw Brazilian FOB (freight on board) premiums getting 100 cents per bushel stronger in a matter of a few days just because of the expectation of the new world trade environment between the two largest economies," said Thiago Piccinin, CEO of Lotus Grains and Oilseeds, a trading house in Sao Paulo.

FOB basis has been suffering strong pressure since the U.S. and China started to appear to back off their tariff rhetoric last week. On May 19, the U.S. and China announced that both countries saw boosts in U.S. ag exports following high-level talks between the two countries. Chinese buyers got back into the U.S. market and bought at least 132,200 metric tons in soybean last week for the 2018-19 crop. That buy helped boost U.S. soybean sales 65% higher than the prior four-week average of sales, according to USDA.

"The cooling down of the U.S.-China trade war, together with the lower exchange rate of U.S. dollar to Brazil real hit Brazilian FOB premiums like a hammer," Piccinin said. "Much commercialization was seen in the interior, obligating trading companies to cut their premium positions by selling on the FOB market. Compared to two weeks ago, premiums lost 20 and 30 cents per bushel."

August delivery, for example, was trading at $1.10 the week of May 15, but had fallen to 90 cents by last Thursday, and traded at 75 cents on Friday.

At the same time, however, Brazil nationally also has been seeing pressure because of a nationwide trucker strike driven by fuel prices.

The main tool for trading companies to protect themselves against this scenario is to unload their long-basis position in the export market, where there is a higher liquidity of the volume. Or, even better, by anticipating the movement of prices going lower and keeping a short-basis position.

Though the market shows a huge impact on the trading side, it did not have much to do with the farmers in the interior yet. "I sold all my old-crop beans already and sold only 5% of my new-crop beans," Marcio Girolette told DTN while harvesting his second-crop corn. "Now it is time for us to buy soybean seed and chemicals. After we barter those farming inputs with our beans, we would be selling 25% of our new-crop beans." Girolette farms 2,300 hectares (about 5,680 acres) of soybeans in Sorriso, in the north part of Mato Grosso. He believes that the stable price in his area is because of depreciation of Brazil's real.

But, Girolette is worried about further depreciation of Brazil's currency in the second half of this year, as the country will face a new president election in October. Most people believe the election will cause more instability in politics, as well as currency value in Brazil. So far, voters still do not know which candidate they will choose after so many corruption cases in the past and current government. "I knew who should I vote early before, without watching their debate on the TV, but not this time," said a taxi driver in Sao Paulo.

Rio Grande do Sul in southern Brazil is completing its soybean harvesting. Farmers in the state still have about 7 million metric tons (37 million bushels), or 40% of their soybean crop still to sell. "Price in the local area is still good for farmers," said Antonio Carlos Sayao, regional manager for Lotus Grains and Oilseeds in Rio Grande do Sul.

If China decides to buy more U.S. soybeans to ease the trade deficit, Brazil farmers may have difficulty selling their soybeans. "Now, it is hard to find buyers from China, the price may keep going down. If China and the U.S. get a good deal and China buys 35% to 40% more from the U.S., then Brazilian basis will get very low for the next crop," said Acaua Sena, Marketing Manager of AgriBrazil, a trading company in Sao Paulo. 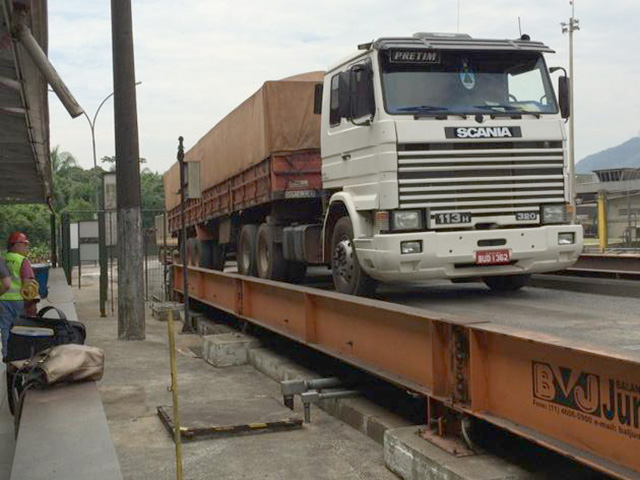