You know you're a real farmer when you attend a sporting event and find yourself giving serious thought to the agronomics of the field. It turns out corn farmers could have a vested interest in the turf beneath the feet of this year's World Cup players.

A new study by the University of Nebraska-Lincoln is working to unlock the genetic secrets of a grass known as seashore paspalum and apply those resilient characteristics to corn.

The following news release reveals how the grass is as tough as soccer player toenails and needs little in the way of nutrients to survive. If it can stand up to the heat and cleats in Qatar, just imagine what it might do for the corn plant. That's news worth cheering for even if your team didn't make it to the World Cup finals.

By Scott Schrage, University of Nebraska Communication and Marketing

Salinity? It's still worth its salt. Drought? Not thirsty. Heat? No sweat. Cold? It can chill.

How about 22 soccer players sprinting, kicking and sliding their way across it at the 2022 World Cup, all amid the desert climate of the Middle East? Game on.

A commercial variety of seashore paspalum has padded every pitch in Qatar. There, it's withstood every steel-cleated footfall of Messi, Mbappe and Neymar, every sunbeaten day of temperatures creeping into the high 80s Fahrenheit.

Thanks to a new study (https://www.nature.com/…) led by the University of Nebraska-Lincoln, seashore paspalum may soon assist another goal: growing crops that yield more food with less of the fertilizer that imposes costs on farmers, ecosystems and drinking water.

Global application of fertilizers, especially the nitrogen and phosphorous essential to plant growth, has skyrocketed since the mid-20th century, around the time a teenage Pele was leading Brazil to its first World Cup title. As it turns out, seashore paspalum doesn't need much of those nutrients, either. That sets it apart from some of its surprisingly close relatives: corn and sorghum, among other grass crops.

After sequencing the full genetic blueprints of the hardy grass, a multi-institution research team has discovered the bag of tricks behind the plant's fasting technique. What's more, the researchers managed to recreate those tricks in corn seedlings, which responded by growing faster and larger than other, unmodified seedlings deprived of the nutrients.

"We finally are starting to understand just what makes this plant so resilient," said James Schnable, one of the study's authors and Charles O. Gardner Professor of Agronomy at Nebraska.

The species really began intriguing Schnable and his colleagues after an impressive showing at the Nebraska Innovation Greenhouse, where it seemed not to care that its caretakers were neglecting it.

"There was a period where no one remembered to water the paspalum plant for a couple of months," Schnable said. "But the plant was completely fine. In fact, it usually grows so fast that it'll try to invade the pots of neighboring plants, and the greenhouse manager has to yell at me or folks in my lab to come down and trim it."

Guangchao Sun, a doctoral alumnus and former postdoctoral researcher at Nebraska, took notice, too. He decided to put seashore paspalum's resilience to the test with an experiment, growing it alongside corn and sorghum for several weeks under multiple conditions. When the corn and sorghum were denied nitrogen or phosphorous, their stunted development betrayed it. The seashore paspalum, meanwhile, continued "happily growing."

Fortunately, the Schnable lab was also working with the Department of Energy's Joint Genome Institute, the University of Georgia and the HudsonAlpha Institute for Biotechnology on mapping the species' genome. Those strides cleared the way to studying seashore paspalum's tolerance in greater detail.

Analyses of its genes and gene expression later revealed that the grass responds to a lack of nutrients by roughly doubling its production of a sugary molecule called trehalose. Though corn and sorghum naturally churn out some of that molecule, the team saw no change in its production among the two nutrient-starved crops.

While the finding suggested that trehalose was playing a central role in the plant's resilience, Sun and the team pressed on for evidence that could meet a higher burden of proof. What if, they thought, we could increase trehalose in corn, then observe the results? But applying trehalose directly to the crop proved ineffective.

"So I thought about it in the opposite way," said Sun, who now works as a bioinformatician at the Mayo Clinic. "If I cannot supply trehalose to the plants, what if I stopped its degradation in those plants?"

He turned to an antibiotic that can inhibit the enzyme responsible for degrading trehalose. The plan worked: Curbing the enzyme cranked up the trehalose levels in the corn. Within days, he noticed the crop growing more -- regardless of whether it was nutrient-deprived. The results were so startling to Sun that he soon repeated the experiment multiple times. Each time, the corn responded the same way.

But the team had reason to suspect that the tolerance also relied on autophagy -- what Schnable called "a recycling program" in plant cells that takes apart old or damaged proteins, then reassembles them into fresh, functioning ones. Eventually, the researchers developed a mutant of corn that lacked the ability to engage the final stage of that recycling. Even with a surplus of trehalose, the mutant failed to thrive when deprived of nitrogen or phosphorous, marking autophagy as an equally essential facet of the resilience.

"There are still other things to do," Sun said, before the team resolves the complete picture of seashore paspalum's world-class tolerance. He considers it only a matter of time, though, before researchers identify the genes that code for higher trehalose.

"And if you could (introduce) that genomic region into other elite corn varieties -- say, some maize that has high yield but is really sensitive to nutrient stress -- maybe now you get both a high yield and high resilience," he said.

For now, Sun said he's glad to bask in the team's accomplishment. In true World Cup fashion, learning that the team's study had been accepted for publication in Nature Communications brought on a few tears, a few hugs. And why not? Qualification for the 2022 World Cup may have kicked off in 2019, but the research team embarked on its project a year earlier.

"This was a long, long journey," Sun said. "Honestly, it increased my resilience, too." 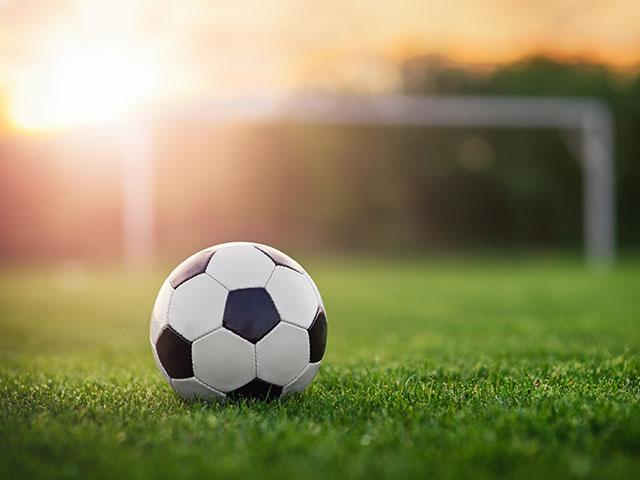