NOLA urea barges that had traded $202-$205/ton early in January fell to the $179-$180/ton level last week before bouncing back the same day, DTN Fertilizer Columnist Ken Johnson reported in his February DTN wholesale fertilizer report. Both he and Jack believe urea's fireworks are over for the time being. At the retail level, DTN surveys already show the fertilizer down 19% in the past year.

University of Illinois economist Gary Schnitkey had expected 2016 fertilizer costs to run the lowest since 2009, thanks to the swan dive in retail prices since mid-year. That was enough to knock $30/acre off his 2016 central Illinois corn budgets in December. By holding out until now, Jack hopes to match or better that savings.

For the last four years, Jack has charted fertilizer basis--the spread between NOLA barge rates and his local dealer price--to gauge seasonality and to get early warnings of price direction.

"We chart basis for grains, so why not fertilizer?" he says.

"I want my supplier to make his margin, I just want to know that it's also a good price for us," Jack says.

At the retail level, prices for seven of the eight fertilizers monitored by DTN in weekly surveys are running 13% to 20% below year ago levels (subscribers see DTN's Fertilizer section on the Farm Business page).

"These are pretty dramatic drops," says Jack. "Until the last 10 years, fertilizer prices were so stable that a $5/ton/year movement was considered a big deal."

DTN Fertilizer Columnist Johnson forecast more slippage in this week's wholesale price for ammonia. "Prices for competing forms of N are soft and late in [January] domestic ammonia prices took a sharp hit in the Western Corn Belt as Koch reduced Sioux City prices by $55 to $380 per short ton," Johnson says. "Domestic ammonia prices have been far out of line with decreasing urea prices for some time and we believe this could be only the beginning of a decline in domestic ammonia prices."

Jack admits he's running out of time to make spring purchases. The family operation--including Jack, his wife, son, daughter and son-in-law--have already flown some aerial applications of potash. Planting starts in earnest in a month.

"These nitrogen fertilizers are big numbers for us," says Jack, who normally purchases product starting in November. "By next week, I'll be buying it all." 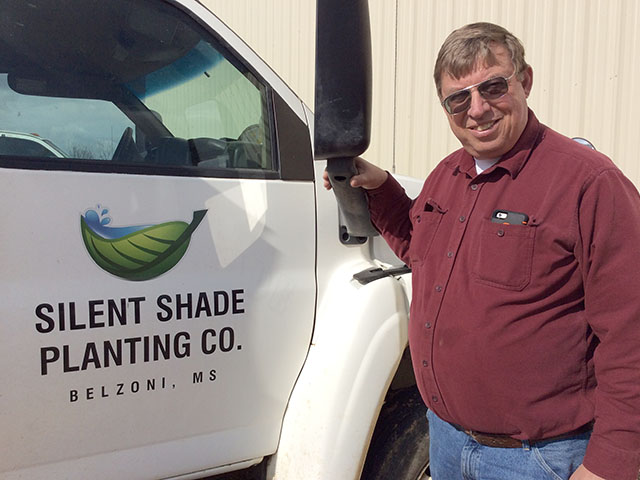 Bonnie Dukowitz
2/4/2016 | 3:33 PM CST
Might be a good year to seed some sweat clover for plowdown and go fishing.
All Blogs