A weeklong strike at the Port of Oakland has crippled operations and, according to CNBC, some vessels were either pulling up anchor to go to another port or skipping the Port of Oakland altogether. The strike was also preventing trucks from moving cargo in and out of the port, which is the West Coast's third-busiest container port.

The strike has also stopped International Longshore and Warehouse Union (ILWU) Local 10 workers from being able to safely get into the port to do their job. Farless Dailey III, president of ILWU Local 10, told the Wall Street Journal on July 21 that 450 dockworkers had been dispatched to jobs at the port this week but haven't been able to reach their posts. "ILWU workers want to work and move cargo," Dailey said. "But we're not going to put our members in harm's way to pass through the line of truckers."

At the center of the turmoil is the AB5 law signed by California Governor Gavin Newsom that went into effect Jan. 1, 2020. AB5 affects independent contractors throughout California, radically changing 30 years of worker classification and reclassifying millions as employees.

The California Trucking Association (CTA) on Jan. 20, 2020, was granted a preliminary injunction by the U.S. Southern District Court, which blocks the State of California from enforcing AB5 against motor carriers. However, on June 30, 2022, the U.S. Supreme Court said they would not hear CTA's case against its state's controversial worker classification law, Assembly Bill 5. That decision ended a preliminary injunction preventing AB5 from being enforced on motor carriers.

In response to the Supreme Court decision, the California Trucking Association said in a statement, "Gasoline has been poured on the fire that is our ongoing supply chain crisis. In addition to the direct impact on California's 70,000 owner-operators, the impact of taking tens of thousands of truck drivers off the road will have devastating repercussions on an already fragile supply chain, increasing costs and worsening runaway inflation."

On July 11, over 70 trade associations, including the CTA, American Trucking Association and the Ag Transportation Coalition, wrote a letter to Governor Newsom, asking him to pause enforcement of AB5. "The independent owner-operator trucker has long been the backbone of the trucking industry. There are approximately 500,000 owner-operators nationwide, constituting about 15%-20% of the entire driver workforce," the letter said. "The average owner-operator is an experienced driver who has been in trucking for 26 years."

In an attempt to gain some clarity for truckers, the Owner-Operator Independent Drivers Association (OOIDA) wrote a letter to Governor Newsom on Thursday, July 14. The letter provided Newsom some of OOIDA's reasoning for opposing the law and sought answers to several questions regarding how the law will be enforced. Until those answers come, OOIDA requested the governor delay enforcement of AB5 in trucking. https://landline.media/…

"While enforcement of AB5 will create disruptions and challenges for the supply chain and economy in California and across the country, small-business truckers face the most immediate uncertainty and potential harm," OOIDA President Todd Spencer wrote in the July 14 letter. "Our members who live in the state, as well as tens of thousands of truckers who travel through it, are now wondering if they can continue working in the same arrangements they have for years, arrangements which benefit their operations."

According to the Wall Street Journal, Governor Newsom's administration indicated on July 21 that "it wouldn't bow to the protesters" demands to pause the implementation of the new state law AB5. "Although it has been the subject of litigation, AB5 was enacted in 2019, so no one should be caught by surprise by the law's requirements at this time," a spokesman for the governor's office said.

This trucker strike comes at a time when rail unions are still fighting for a new contract and in a cooling off period until mid-September at which time a strike could occur if parties have not reached an agreement. In addition, West Coast Port workers are in the middle of new contract talks with the Pacific Maritime Association even after their contract expired at 12:01 a.m. on July 1. All of these issues, if not settled, could cause a collapse in our shipping logistics and create more harm to an already fragile U.S. economy. 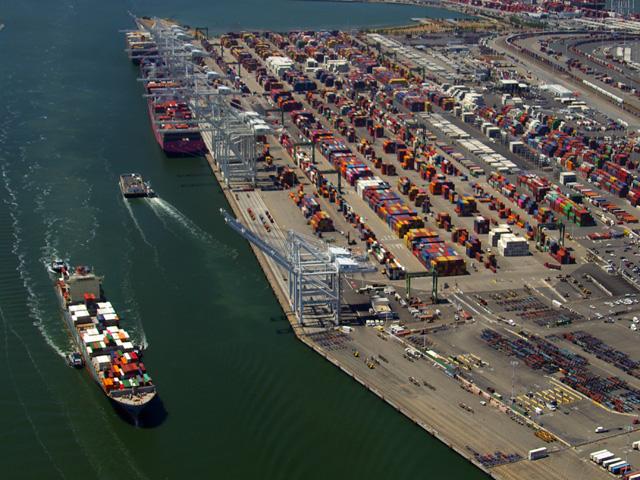