Alan Klain, who farms northwest of Turtle Lake, North Dakota, said, "All my wheat has pending crop insurance claims. Quality was surprisingly very good at 61 pounds and 15.8% to 16.5% protein, but not many bushels; maybe 5 to 10 bpa." 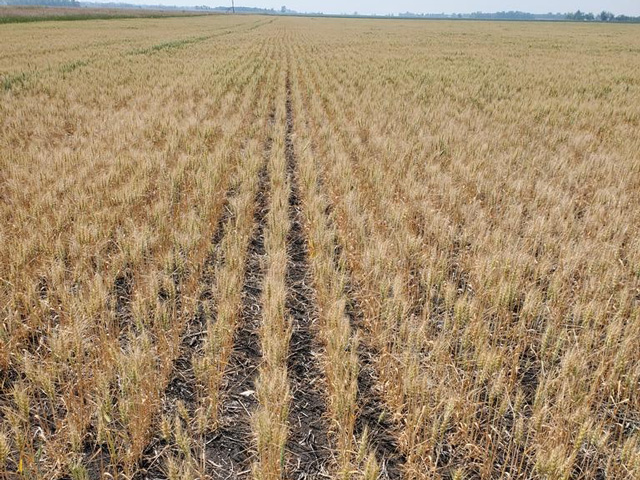