After getting burned by regulators, Kansas City Southern (KCS) railroad shifted tracks yet again over the weekend, going back to the proposed merger with Canadian Pacific Railway (CP) and offering Canadian National Railway (CN) a chance to amend its proposal.

It's among the latest moves in the merger battle among the Class I railroads to build a single network from Canada to Mexico.

In a news release on Sunday, Kansas City Southern told Canadian National (CN), that it "intends to terminate KCS' merger agreement with CN and enter into the definitive agreement with Canadian Pacific)," subject to CN's right to negotiate amendments to the merger agreement for at least five business days and the KCS Board's further determination as to whether any such amendments would cause the Canadian Pacific proposal no longer to constitute a "Company Superior Proposal."

This change in direction was related to the Aug. 31 decision by the Surface Transportation Board (STB) to reject the CN voting trust proposal. "In view of the heightened scrutiny that both the use of a voting trust and the proposed transaction face under the current major merger regulations, it wouldn't be in the public interest to allow CN to own KCS until the competitive issues have been thoroughly examined," the STB said.

"Under the terms of CP's proposal, each share of KCS common stock would be exchanged for 2.884 CP common shares and $90 in cash. In addition, holders of KCS preferred stock would receive $37.50 in cash for each share of KCS preferred stock held," said KCS. "The proposal is binding on CP and may be accepted by KCS at any time prior to 5:00 p.m. EDT on Monday, Sept. 20, 2021. The transaction would be subject to approval by the stockholders of CP and KCS, receipt of regulatory approvals and other customary closing conditions."

The CP responded in a press release on Sept. 12 that it has completed negotiations of a proposed merger agreement with KCS, which the KCS Board of Directors has deemed a "Company Superior Proposal."

CP said that it stands ready to execute a definitive merger agreement to create the first U.S.-Mexico-Canada railway to enhance competition in the North American rail network.

"We are pleased to reach this important milestone and again pursue this once-in-a-lifetime partnership," said Keith Creel, CP President and CEO. "As we have said throughout this process, CP remains committed to everything this opportunity presents. This merger proposal provides KCS stockholders greater regulatory and value certainty. We are excited to move forward as we work toward making this perfect match a reality."

The CP press release reiterated that a CP-KCS merger would "enhance competition, create new and stronger competitive single-line options against existing single-line routes while taking trucks off the highway. CP-KCS would maintain all existing freight rail gateways and maintain competition in the Baton Rouge to New Orleans corridor, while creating new north-south lanes between Western Canada, the Upper Midwest and the Gulf Coast and Mexico."

In addition, CP noted that a CP-KCS transaction would "diminish the pressure for downstream consolidation by preserving the basic six-railroad structure of the North American rail network: two in the west, two in the east and two in Canada, each with access to the U.S. Gulf Coast. By contrast, a CN-KCS transaction would fundamentally disrupt this balance."

The final say in this merger "triangle" rests on the STB, which has said it would consider whether any deal would "destabilize" the industry and prompt additional mergers. "Any deal involving one of the nation's six largest railroads needs to enhance competition and serve the public interest to get approved," said the STB.

The STB hasn't approved any major railroad mergers since the 1990s, which means its current merger rules decided by the Department of Transportation and the STB on June 15, 2001, haven't been tested.

As I wrote this, the lyrics of the song "Farmer in the Dell" went through my mind and left me wondering which "cheese" will stand alone in this long and complicated version. 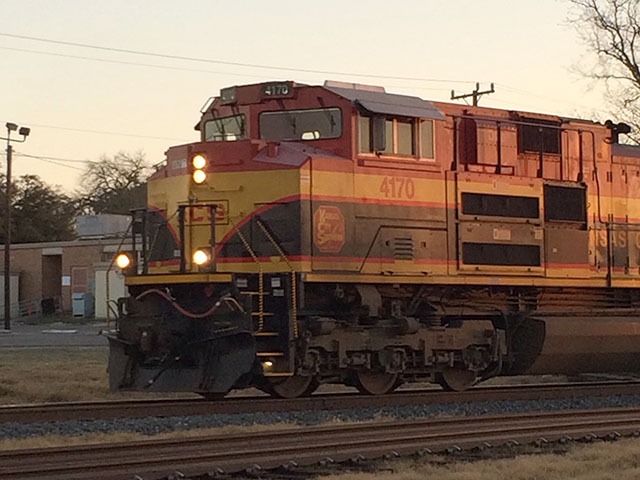