AGCO's Fendt brand is bringing its new Fendt 700 Vario tractor to North America, manufactured in Germany, just as Germany and all its European Union (EU) partners face a significant energy fallout from its support of Ukraine in the ongoing Russia and Ukraine war.

Germany is the world's largest importer of natural gas and half of those supplies have been historically purchased from Russia. Germany also imports a third of its heating oil and half its coal from Russia. Russia is clamping down on those exports, leading Germany and other EU nations to consider rationing schemes for gas and electricity this winter. Fendt operates five plants in Germany and one in Italy. Its largest facility in Marktoberdorf, Germany produces tractors, including the new 700 Vario.

DTN/Progressive Farmer spoke Aug. 30, with AGCO chairman and CEO Eric Hansotia about the company's energy challenges in Europe this winter.

"(This) is an interesting topic," said Eric Hansotia. "It's a real topic. But I think it's also a little more dramatic in some of the media than reality. We've been working with each of our factories to find Plan B energy sources, where we can either use electricity or oil or wood chips in some conditions, more renewable fuels. You know, already, (we have installed) a lot of solar power and other renewable sources. So, we're figuring this out in advance. Germany as a country has about 92% of the reserves filled up already. Even if (Russian imports) get shut off, that carries them all the way into February right now. I think the combination of alternative fuels plus the alternatives or the options we're putting in place, I think we're going to be alright."

Recent reports from Germany would be encouraging to manufacturers such as Fendt. The government stated it could well exceed its earlier oil storage goals, with its numbers a bit lower currently than what Hansotia said -- the government said it will fill up to 85% of capacity by early September. Germany plans to reach 95% of stored oil capacity by November, the government said.

As for whether that will have an impact, "Well, I'm going to stop short (of) saying no effect," he said. "It may be that governments will say (we) shut down on Tuesdays and Wednesdays this week, and then we have to work on a Saturday. We may have to be more flexible and do some more adjustments. We're talking with our workforce to say, how do we put in place flexibility plans to do that, but I think we'll manage it, it'll be alright."

AGCO/Fendt also is working to limit the impact of any European energy shortages on its shipments of tractors and parts to the U.S. "The intention is not to affect shipments, but we'll see we'll see what reality plays out," Hansotia said. "But right now, the intention is to have no effect on the North American farmer."

Previous Post (Here's How to Check Two Important Harvest Tools: Grain Carts and Dryers)
Next Post (Tips on How to Avoid Baler Fires) 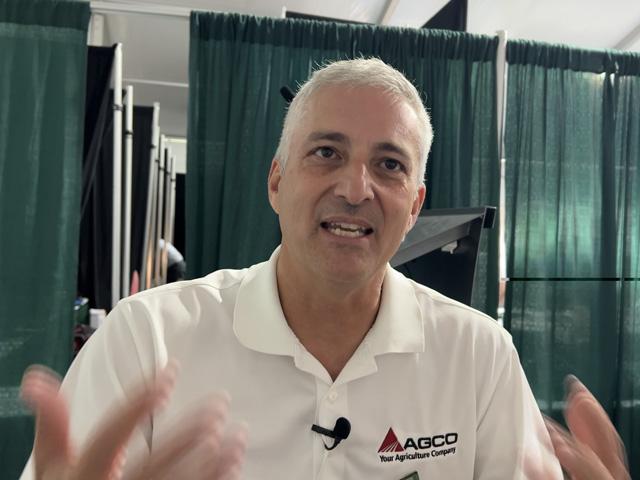