A flood of new technologies has covered the agricultural landscape in recent years. Some farmers have poked a toe in the water, others have dived right in and a few -- who probably regret it now -- have paddled away from it as too intimidating. Those who dabbled and those who dove hoped to improve yields and cut costs. A new study by research and consulting firm Caledonia Solutions examined the degree to which 301 large farmers already have adopted various technologies and how they view future purchases. Apparently the surveyed farmers have liked what they have seen from technology and will continue to adopt it, even in times when low commodity prices discourage other purchases.

"The first wave [of technology] was mainly driven by yield boosts, and the second wave mainly by cost savings," said Robert Hill, principal of Caledonia Solutions. "In this third wave, it looks like the farm operators are getting a strong dose of both benefits."

The total number of new equipment and data technologies deployed by individual growers will more than double over a six-year period, Hill said. "This is not what you would expect to see with farm incomes projected to stay low for the next few year. Farmers aren't waiting to make moves for improving their operations."

Hot equipment technologies among those surveyed included boom section control on sprayers, auto downforce adjustment and off-on row clutch planters. Hot data technologies included yield maps, soil maps, and variable rate prescriptions for fertilizer. Some of the surveyed farmers already used UAVs (drones), but by 2019 a majority of them said they would be flying. Also high on the "to buy" lists were technologies to provide predictive models for nitrogen rates and timing and weather apps customized to growers' fields.

Among the technologies that are second-tier on the wish list for the next three years are multi-hybrid planters and in-field moisture probes. High-speed planters and optic boom sensors also attract a lot of potential buyers.

Surveyed growers said technologies already were paying off, especially in corn. They claimed about 11% better corn yields due to their equipment technology and data practices and were saving about 9% on the corn inputs.

Early adopters in the survey share some characteristics, Hill said. They have 33% more corn acres than their average peers and are significantly younger. Early adopters self-identify as such, and they have an expansion mentality even in a down ag economy. They also see themselves as good stewards of the environment. And they appear to be bullish on the future of technology. 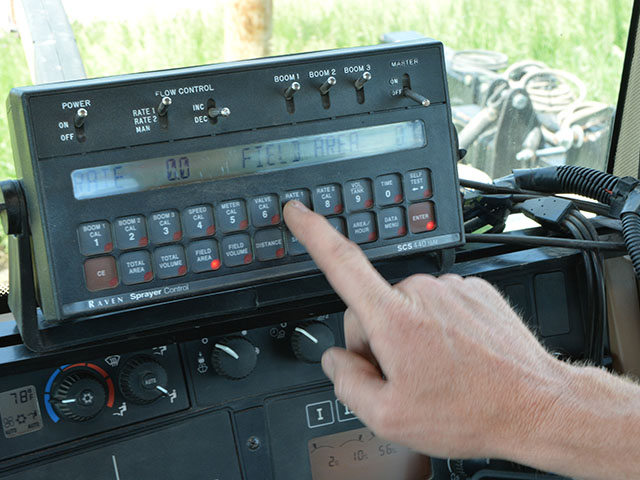