ST. LOUIS (DTN) -- With the continual development of new and improved processing aids, the Distillers Grains Technology Council ended the first day of its annual DDG Symposium with a panel of speakers focusing on new ethanol/DDG processing aids.

Eric Sumner spoke about new antimicrobials for the ethanol industry developed by his company, Anitox. The company has developed an antimicrobial that takes a proactive, rather than a reactive, approach to control bacteria. The product (OptimOH) is antibiotic-free and residue-free, meets generally recognized as safe (GRAS) requirements, and is injected early in the process before bacteria have a chance to take hold.

Allen Ziegler, with the company Hydrite, told attendees about Defender, a new broad spectrum antimicrobial his company has developed. Defender is an antimicrobial agent that acts on cell membranes and cell cytoplasm. It is GRAS approved for animal feed up to 173 parts per million, is effective against both gram positive and gram negative bacteria, and is available in both solid and liquid forms. Hydrite is currently running trials on the product at ethanol plants.

Cheryl Anderson can be reached at Cheryl.anderson@dtn.com. 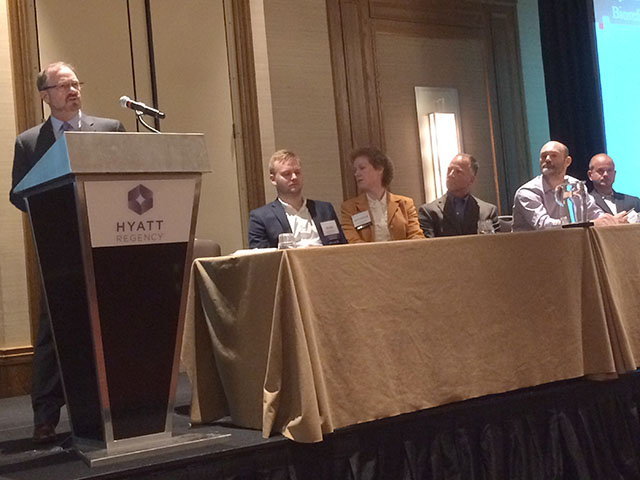