Anyone who has ever glanced at a dictionary knows that a word can have more than one definition. The English word "labor," for example, evokes work in some contexts ("labor of love") and unions in others ("labor leader").

The American holiday called Labor Day illustrates the word's fluidity. The holiday was created at the urging of labor unions and unions have always played a big role in celebrating it. Their floats are prominent in Labor Day parades.

But the day is about more than the labor movement. A typical definition is the one offered by the U.S. Department of Labor, which calls it "an annual celebration of the social and economic achievements of American workers." (https://www.dol.gov/…)

Unions represent some of these workers, but even in organized labor's heyday seven decades ago the unions' share was only 35%. (https://sgp.fas.org/…). In recent decades, the union-membership rate has declined to less than 11%. (https://www.bls.gov/…)

Since the first Monday in September is nigh, it's worth asking, then, which workers we are celebrating on Labor Day. Unionized workers? Workers who do manual labor, union or non-union? Anyone who works, even if they work behind a desk or own the business where they work? To what extent is the labor movement itself being celebrated?

That's partly because "workers" is almost as malleable a word as "labor." In some contexts, a worker is someone who does manual labor or is a member of the working class. But dictionaries give the word a variety of definitions. Collins English Dictionary's first is "a person, animal or thing that works." (https://www.collinsdictionary.com/…)

That's broad enough to include farmers, doctors, shopkeepers, journalists, even CEOs. No one, to be sure, believes Labor Day is celebrating CEOs. Some, though, might think the celebration includes farmers, who everyone agrees work hard.

Journalists? There would be arguments about that. Many of us have so much fun that what we do hardly seems like work.

May Day is the Labor Day equivalent in countries with strong left-wing political parties. Though celebrated on May 1, it was inspired by the May 4, 1886, Haymarket Riot in Chicago, a labor protest that ended in bloodshed. Why, you might ask, is May Day not an American holiday if its catalyst was an American incident?

When Congress took up legislation to establish Labor Day eight years after Haymarket, President Grover Cleveland specifically wanted to disassociate the new holiday from May Day. Hence the September date. The conservative Democratic president feared May Day celebrations strengthened the hands of Communists and Socialists.

(Congress passed the legislation establishing the holiday that year, 1894, but gave the day off only to federal workers. Today's Labor Day is a day off for everyone because all 50 states have declared it a public holiday.)

Even at the outset, then, there was murkiness about the meaning of Labor Day. Back then factory workers and organized labor were at the center of it. But the powers that be didn't want it to be a reminder of workers' struggles for higher wages and better working conditions, a la Haymarket.

Also from the beginning, unions have been controversial, which probably affects how many Americans view Labor Day. Personally, I will always be grateful to the United Auto Workers for the three summers I spent working in UAW factories, whose generous wages paid for my University of Michigan education.

I was less enthusiastic, even then, about the union's work rules, which I felt sometimes needlessly impaired productivity. That feeling was reinforced in the 1980s when I visited Japanese auto plants and saw the productivity benefits of less intrusive work rules.

By making the day about workers, undefined, it's almost as if the country has been deliberately imprecise to avoid controversy. Imprecision lets each American define what the day is about.

Unfortunately, because of the vagueness, some Americans don't celebrate much of anything on the first Monday in September.

For many children, it just marks the end of the summer and return to school -- the resumption of their educational labor. For many adults, it's just a day off, a holiday that might be better called Un-Labor Day.

On Labor Day I honor workers, broadly defined, and tip my hat to unions even though my feelings about them are mixed. However you celebrate Labor Day, I wish you a happy one. 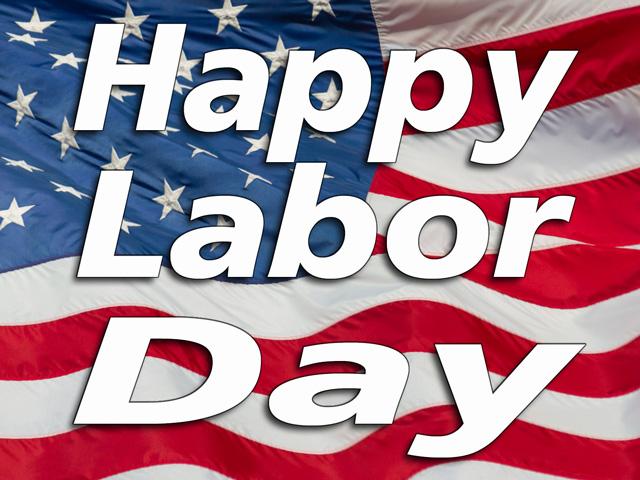