Like children in the backseat wailing "Are we there yet," Americans are getting antsy for the coronavirus shutdowns to end. After a certain number of weeks of self-quarantining, stir-craziness starts mutating into something that can feel like just plain craziness.

The unfortunate millions who have lost a job or a business as the economy craters are even more eager to get this thing over. It was shocking to see photos of thousands of cars lined up at a food pantry in San Antonio. Many of these people were working hard and getting by until this lightning struck.

It's tempting, then, to see the shutdowns as a misguided tradeoff between public health and economics. Yes, some say, COVID-19 kills, but so does extreme poverty. Besides, lots of people are dying from other causes -- cancer, car accidents, heart disease, even flu -- and we aren't shutting down the economy for them. And aren't most of us likely to get this disease eventually anyway -- and if so, why wait?

The problem with this thinking is that there are compelling reasons for many parts of the country to wait. Whatever the COVID-19 mortality rate ends up being, the disease spreads so fast it can overwhelm the medical system.

Waiting will space out the cases, enabling the system to save more patients. Yes, many of us will eventually be infected, but if too many of us are infected at the same time we'll swamp the hospitals.

Waiting will also give doctors a better understanding of how to treat the disease. In New York, for example, they've already learned to rely less on intubation, finding instead that "Some patients, by taking oxygen and rolling onto their sides or on their bellies, have quickly returned to normal levels." (https://www.nytimes.com/…)

Are the additional lives saved by the shutdowns worth the cost in lost jobs and ruined finances? The Wall Street Journal's estimable economics columnist, Greg Ip, has sketched some plausible cost-benefit analyses defending the tradeoff. (https://www.wsj.com/…)Assuming a human life is worth $10 million, as federal regulators do (https://www.transportation.gov/…), and using estimates from epidemiological and economic studies, Ip says the value of the lives saved by the mitigation measures we've taken exceed the economic cost by trillions of dollars.

Different assumptions would produce different results, Ip admits, and coronavirus skeptics would certainly challenge his. The truth is, most everybody's assumptions are still conjectures.

We don't know how many people have been infected. We don't even know for sure how many have died; it's becoming increasingly clear that some victims die without ever getting to a hospital, undiagnosed and unrecorded. The only statistic we can be reasonably sure of at this point is the number of people hospitalized. And in some places, that number has been frightening.

Still, state governors are doing their own cost-benefit analyses and some are beginning to ease restrictions. In Florida and South Carolina, thousands are walking the beaches again. President Donald Trump is encouraging easing with tweets calling for liberation.

Does this mean we'll soon be back to eating out, going to movies and attending baseball games? As much as some would like to resume their usual routines, many Americans are not ready for that -- no matter what governors say or do. Don't be surprised if many continue to wear face masks, self-quarantine and otherwise socially isolate for many months.

We are, coronavirus reminds us, a somewhat unruly society. Just as the government hasn't been able to make everyone obey restrictions, the government can't wave a wand and restore the economy to something like normal. Lots of consumers won't consume the way they used to until they feel safe.

The power to make them feel safe lies as much with private industry as with government. Companies are doing their best to produce the needed treatments and vaccines, but developing and testing them takes time. The best estimate is we are four to six months from a proven cure and 12 to 18 months from a vaccine. A cure that experts agreed really worked and that was available in sufficient quantities would go a long way to allaying consumer concerns and re-energizing the economy.

Many Americans can't and won't spend the next four months self-quarantined. Still, until there's a cure, many will be cautious. The best way to fire up the economy is to speed up the arrival of massive testing and contact tracing.

Without enough tests, second waves will both cost more lives and hobble economic recovery. With tests, businesses can assure their returning employees they aren't exposed to the virus at work. With tests, governments can track contacts and isolate those exposed, blocking COVID-19's spread.

Despite government promises, our testing capabilities remain woefully inadequate. There are continuing shortages of chemicals, swabs and other testing materials. Government and industry need to get together and figure out how to ramp up production.

Governors can decree an end to restrictions. To get the economy going again, somebody needs to put an end to fear. 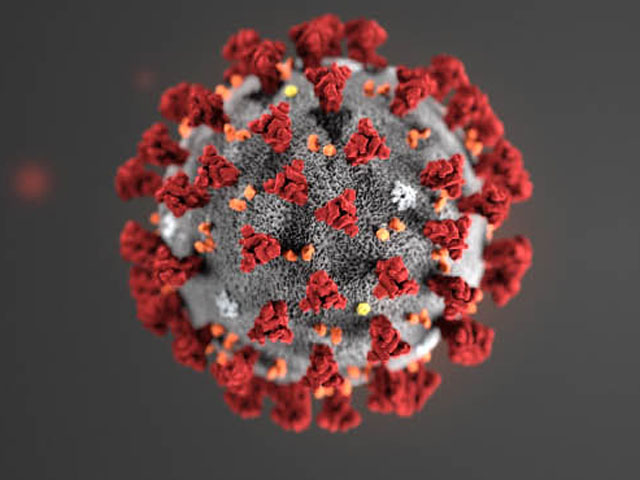