For want of a trade deal, American ag exports are losing significant market share in Japan to countries like Canada, which have signed on to multilateral agreements with the Japanese. Thus, as the United States and Japan finally get around to negotiating a deal of their own, farmers are hoping the two countries can come to terms quickly.

Negotiators for both countries say they want to do just that. When President Donald Trump and Prime Minister Shinzo Abe met the other day, Trump said he hopes to sign an agreement in late May when he journeys to Tokyo to meet the new emperor.

Having covered a few rounds of U.S.-Japan trade talks in my day, I was surprised by the president's optimism. Typically negotiations with Japan are long, dragged-out affairs. There are reasons to think this one should be, too.

A broad free-trade deal involving multiple industries would normally take years to negotiate. While there's talk of a "skinny" deal involving fewer sectors, and while it's easy to see what the U.S. might get out of a quick deal, the quid pro quo for the Japanese is harder to find than Waldo in the Where's Waldo puzzles. If these talks end in agreement quickly, it's likely to be because the Japanese did something they hardly ever do in trade talks: cave.

Trump urged Abe to cut tariffs on agriculture imports from America, and as it happens ag is the easy part of the negotiation. The Japanese have already indicated what they're likely to give U.S. farmers and ranchers -- essentially what they've given the 10 other nations in the Comprehensive and Progressive Agreement for Trans-Pacific Partnership.

The CPTPP was previously the TPP. U.S. farmers and ranchers could have already enjoyed the tariff cuts the Australians, New Zealanders and Canadians are enjoying if President Trump had not withdrawn the U.S. from TPP as one of his first official acts. The Japanese say the CPTPP cuts are the maximum they'll give the U.S., and they're likely to stick to that. U.S. negotiators are certain to refuse anything less. So you have to bet that's where the ag part of the deal will end up.

If and when there's a deal, that is. To get the ag concessions, the U.S. will have to give the Japanese something they want --that quid pro quo I mentioned. What they want most is a smoother road into the U.S. for their auto exports -- precisely what the Trump team doesn't want to give them.

More than anything the president wants to eliminate the large trade deficit the U.S. runs with Japan -- nearly $68 billion in 2018. Japan's exports of autos and auto parts account for 75% of that deficit.

The Japanese also build cars in the U.S. -- indeed, more than half the cars they sell to Americans are made in the U.S.A. (Some reports have put the American-made proportion at two-thirds or three-quarters; those estimates include cars made at Japanese factories in Canada and Mexico.

President Trump would like their American factories to build even more of the cars they sell here, and he'd like the American content to be even higher. In the TPP deal from which Trump withdrew, the required American content would have only been 45%, well below the 62.5% required for preferential tariff treatment in the North America Free Trade Agreement.(https://globalriskinsights.com/…) In the U.S.-Mexico-Canada Agreement that's replacing NAFTA, the requirement rises to 75%. (https://www.forbes.com/…)

It's doubtful, then, that Trump will give Japan the TPP deal on car content in exchange for the TPP deal on agriculture. If not, what will he give? He could eliminate U.S. tariffs on cars, but they're already low -- 2.5%. Detroit would fight to the death eliminating the 25% duty on pickup trucks.

Aside from eliminating the 2.5% tariffs, he could also withdraw his threat to impose 25% tariffs on Japanese car imports. That threat convinced the Japanese to negotiate with the U.S. bilaterally, abandoning their efforts to lure us back into TPP. But having come to the table, would Japanese negotiators really buy a deal trading lower ag tariffs for a promise not to impose 25% car tariffs?

They would be making a big trade concession without improving Japan's own position much at all from the status quo. They'd face severe political criticism at home. And while they fear those 25% tariffs, they know that if Trump ever imposed them there's a good chance a WTO court would declare them illegal.

The logic of the situation, then, is against a quick agreement. Buying that deal would be one of the biggest caves in Japan's trade-negotiation history. Rather than cave, Japanese negotiators will likely dodge and weave, dragging the negotiations out as long as they can.

Maybe I'm too pessimistic. Maybe events will make me look like a fool. I hope so.

But if I'm right, it could be awhile before Americans get equal ag-tariff treatment in Japan. Unfortunately, the delay will further entrench the Canadians, Australians and New Zealanders as they take over markets in Japan that American farmers and ranchers used to own. 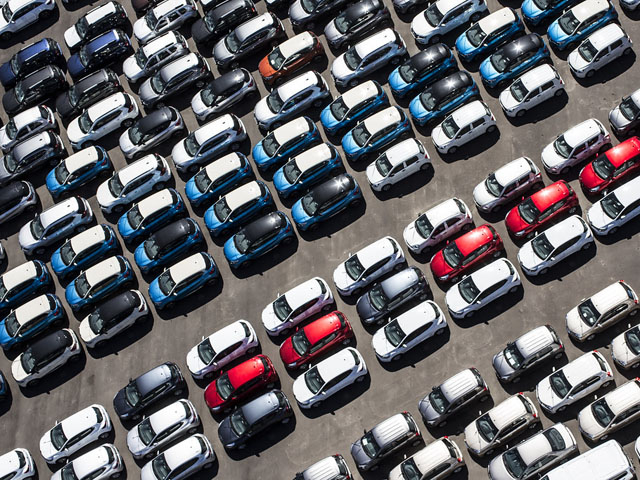