Earlier this month, I wrote a blog post on how analog years -- years in which the various weather elements were similar to 2022 so far -- pointed to a potentially hot and dry end to the 2022 growing season. (https://www.dtnpf.com/…). A look at corn production and yields in the analog reference years that DTN is using for the forecast preparation indeed shows that corn yield and production were lower than the previous year.

Analog reference years used for 2022 are (in chronological order): 1980, 1983, 1995, 1999, 2011 and 2019. These years had late summers with similar large-scale weather features but also had similar influences from the shorter-term ocean-atmospheric wave feature identified as the Madden-Julian Oscillation (MJO).

With that description as background, here's how corn production fared in the analog years. Production is in billion bushels; yield in bushels per acre; change refers to the difference from the previous year.

Those analog years featured some striking weather events. The years 1980, 1983 and 1995 were notable for extreme Midwest heat and dryness during corn pollination and filling stages. 1983 was also the year of sharply lower corn acreage due to farmer participation in the government's Payment-In-Kind (PIK) program. But the effect of blistering heat is notable when looking at the yield numbers compared with the year before. 1999 also had hot spells but did not have the mid- to late-season dryness complications. Crop years 2011 and 2019 had flooding and delayed planting as significant challenges. Extreme heat and drought also were big production drags on Southern production areas in 2011. And in 2019, the wet start to the season carried through all the way to harvest, along with leading to record prevented-planting insurance claims.

More recent years do not have the sharp yield reduction in the analog years that occurred prior to the late 1990s. However, there continue to be lower numbers relative to the previous year. If that analog pattern were to hold true this year, we would see corn yields come in below the 177.0 bushels per acre figure from the 2021 harvest -- which is also the yield projection that USDA is using. And, considering the smothering heat in the Southern Plains compared with recent useful rains in the Midwest, the national corn yield number could truly represent a balance of low to high at harvest. 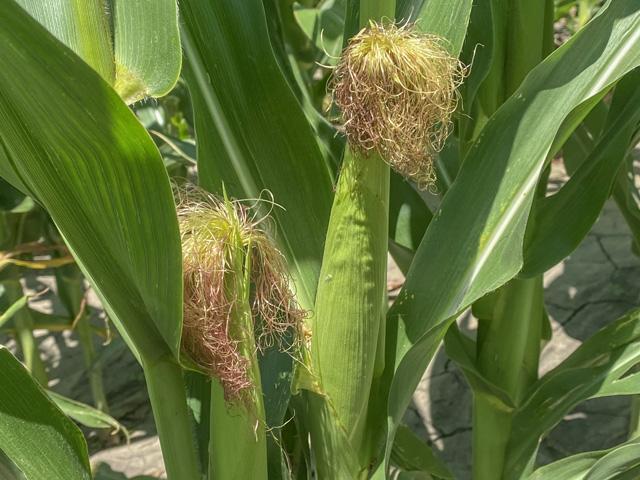