Early September finds everything coming together for a La Nina event to form in the equatorial Pacific Ocean. La Nina is the term given to describe a sustained cool sea surface temperature occurrence in the Pacific Ocean around the equator. The official NOAA Climate Prediction Center definition reads: "La Nina refers to the periodic cooling of ocean surface temperatures in the central and east-central equatorial Pacific that occurs every 3 to 5 years or so. La Nina represents the cool phase of the El Nino/Southern Oscillation (ENSO) cycle and is sometimes referred to as a Pacific cold episode. La Nina originally referred to an annual cooling of ocean waters off the west coast of Peru and Ecuador."

Equatorial Pacific waters have been cooling for several months. As of Monday, Aug. 31, 2020, the equatorial Pacific had a well-defined swath of water with surface temperatures equal to or greater than 0.5 degrees Celsius below average. (The half-degree C level is the temperature threshold for La Nina.) In addition, the atmosphere circulation over the equatorial Pacific was also showing a change. A measure of the atmosphere over the equatorial Pacific known as the Southern Oscillation Index (SOI), which is carefully logged by the Australia Bureau of Meteorology, showed a value of plus 8.97 on the 30-day moving average on Monday, Aug. 31. (A plus 8.0 is the benchmark for a La Nina event on the SOI.) These developments are in line with forecasts from weather agencies across the world which were calling for La Nina to form by September. The Australia Bureau of Meteorology issued a La Nina Alert Tuesday, Sept. 1.

There are some definite weather effects that we see in North America when La Nina is in effect:

Cold and stormy winters in the Canadian Prairies, Northern Plains and northern Midwest as sustained high pressure over the eastern Pacific allows a consistent flow of northern Canada-Arctic air.

Dryness and drought in the Southern Plains with a lack of storm activity out of the subtropical Pacific near Baja, California. This, of course, simply reinforces and intensifies drought already in effect in the southwestern Plains.

Stormy and wetter than normal conditions in the Ohio Valley and eastern Midwest with a consistent storm track and inflow from the Gulf of Mexico. This stormier trend is not benign; ice storms can be a part of the scene. In addition, the Delta, Midsouth and Southeast are prone to have more winter and spring severe weather occurrences.

Prior to winter, tropical storms and hurricanes look to be very active in the Atlantic Basin through the end of the hurricane season. The La Nina-influenced jet stream track also leads to a quieter pattern over the tropics which is favorable for tropical storm and hurricane formation.

There is also a notable South America crop weather impact when La Nina is in effect. Southern Brazil and central Argentina have a strongly identified relationship to La Nina events. This relationship suggests the prospect of drought and unfavorable crop conditions during the Southern Hemisphere growing season.

Meanwhile, eastern Australia, on the other side of the globe, is in line for above normal rainfall. This relationship suggests the wheat crop in this section of the continent has a high chance of faring well for additional rainfall during the rest of the wheat crop year.

La Nina is forecast to be in effect through at least the first few weeks of 2021. Forecasts issued during the Northern Hemisphere summer called for the cooling to be confined to between 0.5 and 1.0 deg C through the end of calendar year 2020, with the Pacific showing a warming trend to neutral by Northern Hemisphere spring 2021. However, early-September forecast model productions are pointing to more cooling than previously expected, which would imply a longer-lasting La Nina into the Northern Hemisphere spring of 2021. This prospect will be closely eyed for possible impact on the 2021 U.S. row crop season. 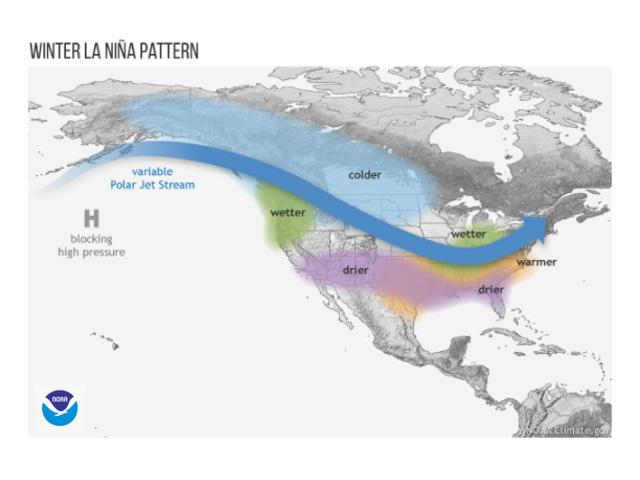 Bryce Anderson
9/8/2020 | 5:04 AM CDT
Some details on La Nina impact that this item notes were first identified by NOAA researchers Chet Ropelewski and Michael Halpert in research done in 1987.