It was one year ago in this time frame -- late January to early February -- that a portion of the far northern latitude polar vortex split off from the Arctic and spread southward deep into the central U.S. This development brought record low temperatures along with biting windchill conditions. Soils with no snow cover froze hard, with the frost depth moving well below the surface. Thick ice formed on rivers and streams. Transportation stress and safety hazards for both people and livestock came about in a big hurry.

The notable feature about this pattern is that its impact stayed all the way through the remainder of the winter and spring, with only short-term interruptions. The prevailing cold meant that seasonal warmer and moisture-laden air from the tropics had a built-in contrasting air mass to generate the dynamics needed for thunderstorm formation. But, in addition, a weak El Nino temperature regime in the Pacific Ocean meant that a southern-branch jet stream would also join the fray. All this, of course, came together in mid-March 2019, when the central U.S. bomb cyclone kicked off the steady diet of wet and stormy weather that ruled the 2019 crop year.

We are, of course, still dealing with the effects of 2019. Billions of dollars in damage were recorded. Infrastructure damage -- roads, bridges, levees -- is only partially repaired. Farmland that was flooded is not fully back into shape by any means; some fields are likely still under water. Storage and facilities that were damaged by flooding are likely not completely restored. After all, flooding and storm damage can wreck years of planning and building (and financing) in less time than it takes me to write this blog entry.

We know that there were losses of livestock due to the storms and flooding as well. And, after the record number of acres claimed in prevented planting, there was the delayed harvest, followed by issues with wet grain in storage, with quality loss and danger to producers as they tried to empty the bins.

So far, 2020's weather pattern has been much different. The polar vortex has stayed north with no intrusion into the interior of North America. The Pacific Ocean temperatures have been in a neutral phase. The primary wind direction over the next 10 days or so is indicated to be westerly. That's a mild weather-maker. Drain tiles are running, indicating some drainage of the soils. Rivers are running as well. And, the ground is not frozen like it was last year.

That doesn't mean that a weather cakewalk is in store, though. There's still enough energy moving across the country to bring rain and snow to the Midwest and the Delta. So, there still is the prospect of wet ground and a less-than-ideal scenario for fieldwork in 2020. Soils are full in all major crop areas. And that is, in large part, a legacy that got its start when the polar vortex moved in a year ago. 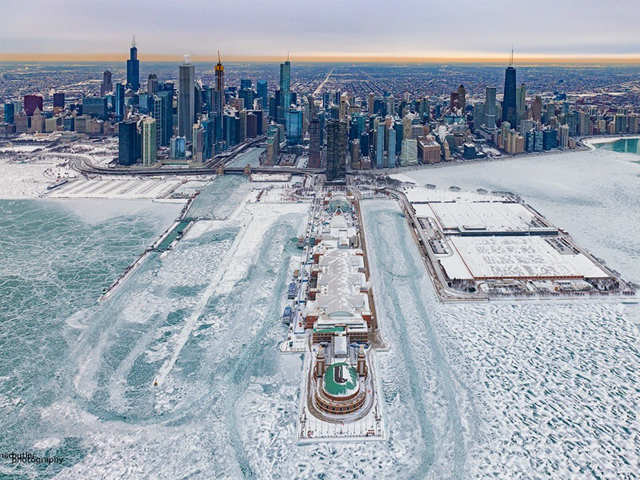