Crop ratings for corn and soybeans have improved in the major Midwest growing areas.

Good/excellent ratings for corn and soybeans in the major producing states of the Midwest is generally up by 1 to 2 points during the past week.

We expect to see a further improvement in crop ratings next week in the Midwest and Northern Plains as the weather this week will feature near to below normal temperatures along with enough rain to maintain adequate topsoil moisture. This will essentially be stress-free conditions for pollinating and filling corn and developing and filling soybeans. Crop development for corn and soybeans continues to run well ahead of normal. It appears likely that most crops will not be vulnerable to an early freeze this fall if one were to occur.

Our latest calculation of the sea surface temperature departure in the equatorial eastern Pacific for the first half of July is plus 0.7. This is up from plus 0.5 during June.

An El Nino appears likely during this fall. This rise in sea surface temperatures would suggest that it is unlikely that any stressful hot/dry weather pattern will develop in the Midwest or Northern Plains during the remainder of this growing season. 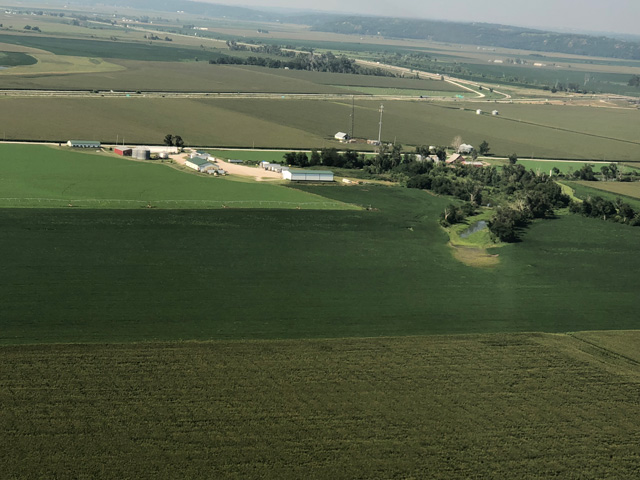