The past week saw nearly ideal conditions for planting and developing crops in the Midwest.

The latest planting numbers show progress for corn and soybeans still behind normal in Minnesota, but catching up. The balance of the Midwest is either at or ahead of normal, with corn planting nearly complete in Illinois. Topsoil moisture profiles are also quite good, only running between 10 to 20% short to very short.

The weather forecast for the next seven days looks quite favorable. The overall pattern will feature near to above normal temperatures, and near to below normal rainfall. This will allow rapid planting, but also enough soil moisture for good crop development.

Much of the reason for the forecast turning drier is the development of a weak but persistent trough of low pressure in the eastern Gulf of Mexico. This trough will tie up a lot of available Gulf moisture over Florida and the southeastern U.S.

A more likely feature to have some staying power is a persistent upper-atmosphere ridge of high pressure in Western Canada. Model guidance continues to shift the position of the ridge between western and central Canada. This ridge would appear to be the focus area for any potential persistent hot and dry weather developing as we head into summer. If this were to occur, the Canadian Prairies would be most threatened by this ridge, and possibly the Northern Plains. This feature is certainly worth keeping an eye on. 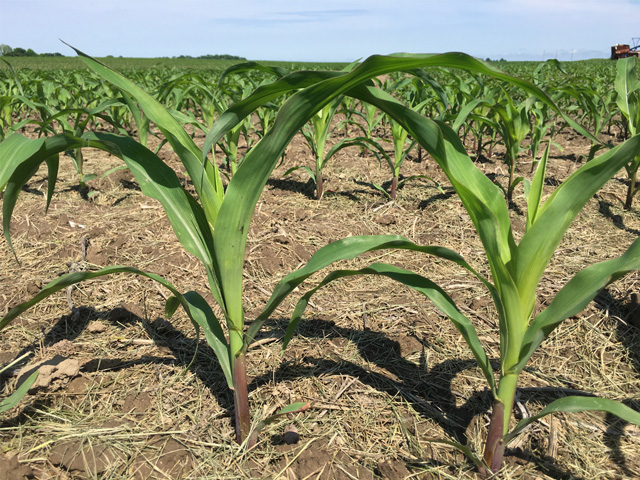